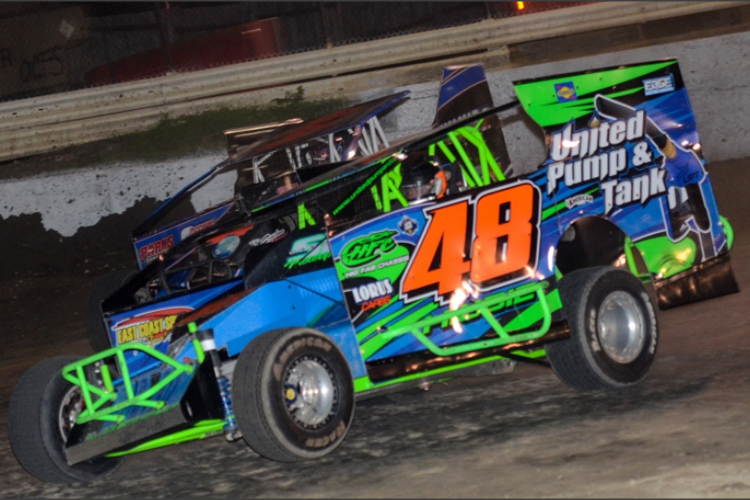 And the Bob Hilbert Sportswear Short Track Super Series (STSS) Fueled By Sunoco has the honor of kicking off the celebration at the Middletown, N.Y., facility.

The 50-lap big-block/small-block Modified main event will celebrate the richest-ever edition this year. In honor of the Orange County Fair Speedway centennial, a massive $11,919 is up for grabs in the winner, with $1,150 going to the 10th-place finisher and $700 just to take the green flag.

“I grew up spending every Saturday night in the half-covered grandstands at Orange County Fair Speedway,” STSS organizer Brett Deyo said. “It’s a huge honor to have our series be the first to hit the track as the speedway celebrates 100 years of auto racing.

“Michael Gurda and Chris Larsen have done amazing things in the past couple of years to upgrade the facility. We’re honored to be part of it.”

Sail panels will adorn the side of the Modifieds for the ‘Hard Clay Open’ with engine rules allowing for big- and small-block combinations. A diverse and talented field is expected to congregate at the five-eighths-mile ‘Hard Clay’ oval led by defending STSS Halmar International North Region champion Billy Decker driving for Jeremy Smith Racing.

Joining the STSS Modifieds on the OCFS docket are Crate 602 Sportsman, running under the speedway’s weekly rules, for $1,000 to win. A quick-hitting, two-division open wheel doubleheader is on the agenda.

The speedway has an Open Practice planned prior to the ‘Hard Clay Open’ on Saturday, April 6.