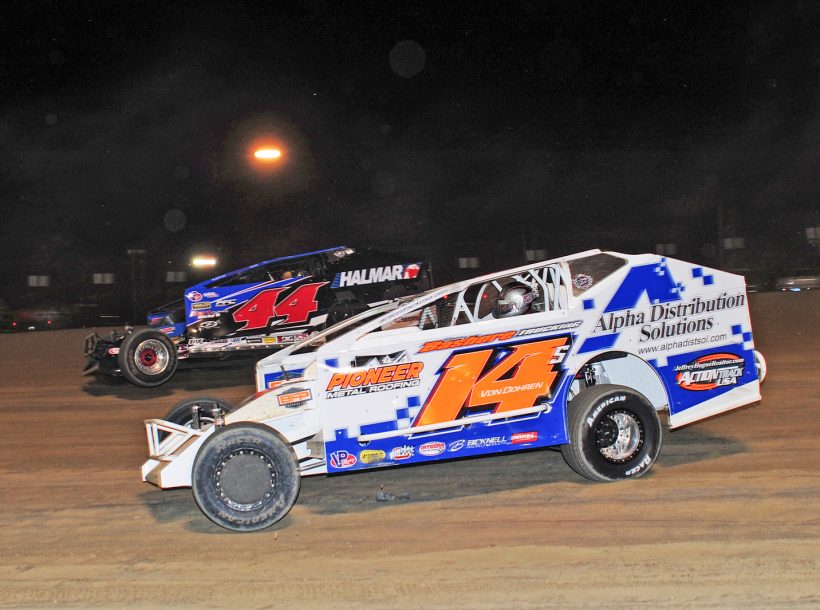 A talent-laden field is assembling for this anticipated 50-lap Bob Hilbert Sportswear Short Track Super Series (STSS) Fueled By Sunoco event, Race No. 3 of the Velocita-USA South Region presented by Sunglass Central and Design for Vision.

The two hottest drivers of dirt Modified racing – Matt Sheppard and Stewart Friesen – crossed the line in a near photo finish Saturday night at N.Y.’s Fonda Speedway. The pair will clash again Tuesday night on the clay in Delmar. Both drivers are past winners of the ‘Diamond State 50’ event, with Friesen having won in 2016 and Sheppard in 2018.

Friesen will spend the week racing in Delaware. After competing at Delaware International, he looks to hold the NASCAR Gander Outdoors Truck Series point lead Friday at Dover International Speedway.

A fan favorite in Delaware and the defending STSS Velocita-USA South Region champion Ryan Watt, who won the ’17 edition of the Diamond State 50. Watt considers Delaware International among his favorite tracks.

Making the long haul from Sheffield, Mass., to compete at Delaware International is Andy Bachetti, a past three-time Halmar International North Region champion.

The Pennsylvania ‘Big Three’ of Craig Von Dohren, Jeff Strunk and Duane Howard look to invade the First State and leave with the $5,000 top prize.

Bridgeport (N.J.) Speedway will be well represented with recent winner Rick Laubach and Richie Pratt Jr., now at the controls of the Daniel Sommeling-owned No. 51 and Roger Manning among those planning to compete.

Mid-Atlantic Super Late Model favorite Amanda Whaley plans a return to the Modifieds on Tuesday night in a family fielded No. 4 car.

Complete race information has been posted on the STSS website: http://shorttracksuperseries.com/wp-content/uploads/2019/02/DiamondStateGeneralInformationSheet2019.pdf