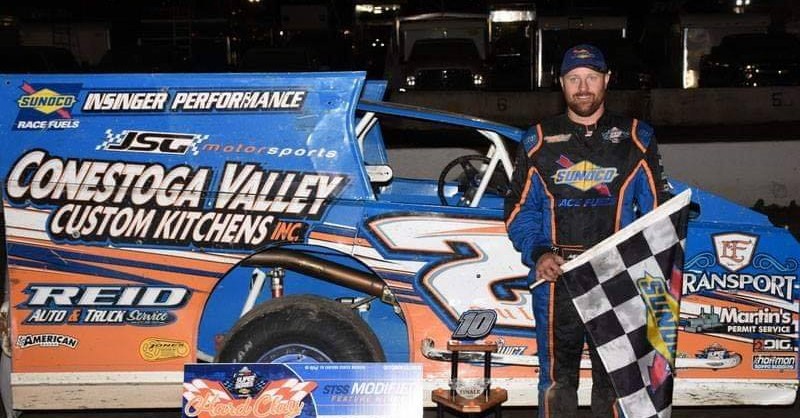 On Thursday, October 24, the Behrent’s Performance Warehouse ‘Hard Clay Finale’ fires off with a fan-pleasing doubleheader of STSS big-block/small-block Modifieds and 360 Sprint Cars.

STSS Modifieds race in the eighth and final round of the Halmar International North Region, a 50-lap main event offering a massive $10,000 to win and $500 to take the green from a posted pay structure of $40,475 for the 50-lap distance. The series’ $12,500 North Region title will be decided at this event.

The first ‘Hard Clay Finale’ hit the five-eighths-mile in the 2017 season as a precursor to Eastern States Weekend.

In the event’s first running, Stewart Friesen of Sprakers, N.Y., charged through the field after pitting with 12 laps to go to earn the victory over Andy Bachetti, Rick Laubach, Craig Mitchell and Jeremy Smith.

With an all-new ‘soft clay’ surface in place at the Legendary House of Power, the ’19 edition will be wide open.