Could There Be A $57,500 Man? 140 Laps Separate Matt Sheppard from Modified Racing’s Richest Prize 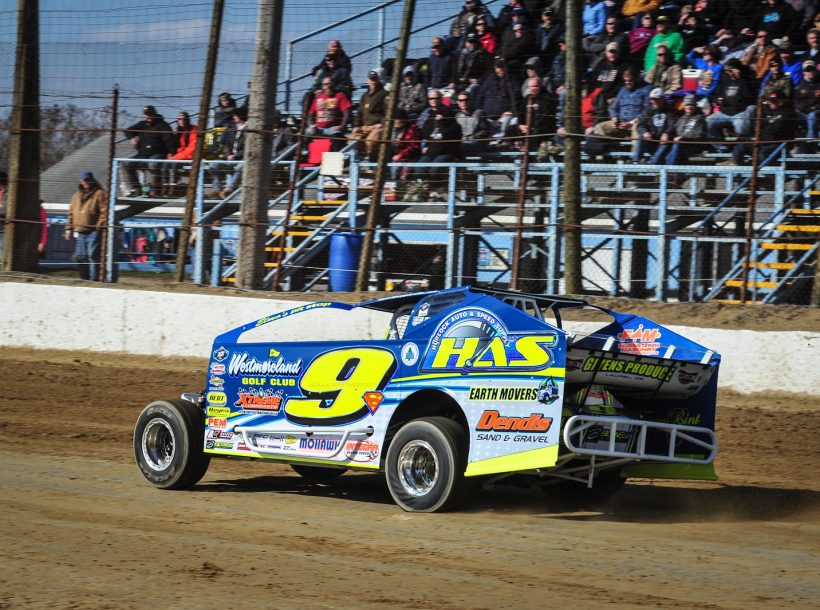 Matt Sheppard has that opportunity and 140 laps will decide his fate.

In the Velocita-USA South Region of the Short Track Super Series, only one event remains: the Mid-Atlantic Championship at Del.’s Georgetown Speedway Nov. 1-2. Sheppard holds a large 103-point advantage over Ryan Watt. With a 90-point swing between first and last in the Championship Point breakdown, Sheppard needs only to take the green flag in that 40-lap event to clinch the South title.

The North Region is still very much up for grabs. Entering the 12th annual Short Track SuperNationals at Afton Motorsports Park this weekend, Sheppard holds a lead of three points over Stewart Friesen (who will be competing at Talladega, Ala., in NASCAR Gander Outdoors Truck Series competition), 17 over Andy Bachetti, 41 over Mat Williamson and 45 over Mike Gular.

Should he clinch the North Region crown, worth $12,500, Sheppard will receive the $25,000 Sunoco Race Fuels/Insinger Performance bonus to bring his year-end earnings to $57,500 which would be distributed Jan. 4 at the Bear Creek Mountain Resort in Lehigh Valley, Pa., where the STSS Awards Banquet will be held.

The bonus was not claimed in its first season (’18), but Sheppard is closing in on history with just 140 STSS feature laps left to run.

Regardless of his North Region performance, Sheppard is guaranteed a $10,000 bonus for winning the American Racer Cup and STSS South Region once he starts the Georgetown finale. That number climbs from 10k to 25k should he lock down the North Region as well.