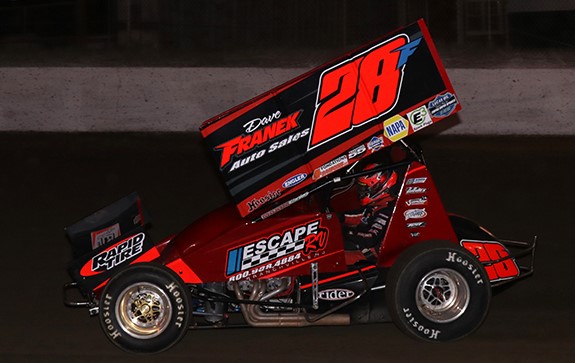 On Thursday, October 24 as part of the Behrent’s Performance Warehouse ‘Hard Clay Finale’ the winged 360 Sprint Cars make their first appearance on the resurfaced clay of the Legendary House of Power.

Rapid Tire Service of Montgomery, N.Y., has signed on as the presenting sponsor of the event’s 360 Sprint Car portion. The race will now be dubbed the ‘Rapid Tire 25.’

360 Sprint Cars are included in the ‘Hard Clay Finale’ for the second consecutive season. A year ago, Lucas Wolfe fought off the challenges of Davie Franek for the $3,000 top prize. Billy Van Inwegen, Justin Barger and Coleman Gulick completed the front five in last year’s program.

Complete event information can be found at the following link: https://shorttracksuperseries.com/wp-content/uploads/2019/09/HCFGeneralInformationSheet2019.pdf

The 360 Sprint Car pay structure has been posted on the Short Track Super Series website: https://shorttracksuperseries.com/hard-clay-finale-360-sprint-car-pay-structure/