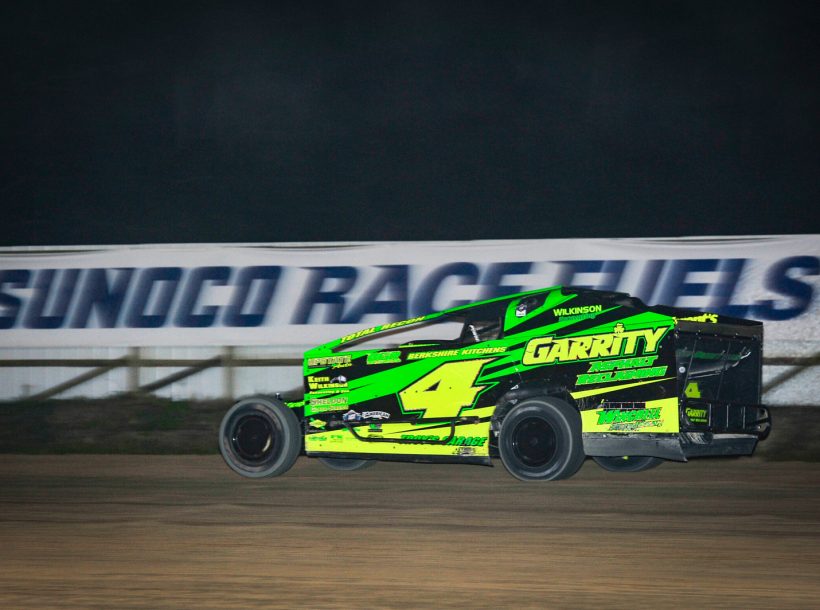 LAKE CITY, FL – While the Northeast racing community is pushing through cold temperatures and wintry precipitation, there is hope.

STSS Modifieds and Crate 602 Sportsman hit the track at the half-mile oval located roughly an hour to the south and west of Jacksonville for an open practice (Wednesday) followed by three consecutive nights of racing.

Entries for this inaugural program are being filed daily at the Short Track Super Series office.

Fresh off his title run in the NASCAR Gander Outdoors & RV Truck Series, Stewart Friesen of Sprakers, N.Y., returns to the clay in Lake City aboard the Halmar Friesen Racing No. 44. Friesen is the all-time leading STSS Modified winner (17 victories) and owns two championships with the series.

Sheffield, Mass., resident Andy Bachetti won the first-ever Short Track Super Series race in 2014 and has been among the most loyal followers of the program. Bachetti will tow his familiar No. 4 south to compete at All-Tech during the ‘Sunshine Swing’ mini-series.

Phoenix, N.Y., standout Larry Wight joined the STSS for late-season events at Orange County Fair Speedway in Middletown, N.Y., and Georgetown (Del.) Speedway in 2019. Wight said he will be racing frequently with the series in the upcoming season, starting with the ‘Sunshine Swing’ aboard Gary Simpson’s No. 12K.

Mike Gular of Boyertown, Pa., enjoyed a breakout ’19 season that included a $25,000-plus victory at Grandview Speedway in Bechtelsville, Pa., during the annual Freedom 76. Gular, who earned top-six point finishes in both the STSS North and South Regions last season, ventures to the Sunshine State aboard the Terry Fasnacht-owned No. 2A.

One of the most promising young talents from the Garden State – Ryan Krachun – made news this off-season by announcing plans to call Orange County Fair Speedway home in 2020. But first, Krachun will kick-start his season in the Sunshine State at All-Tech.

Returning to the sport to compete with the STSS in ’20 is veteran Danny Hieber, who will field the No. 11 Modified out of his ‘racing famed’ hometown of Langhorne, Pa. Hieber heads to Florida to kick-start his return to the sport.

For the past three seasons, Afton (N.Y.) Motorsports Park regular J.R. Hurlburt of Otego, N.Y., has competed with the Short Track Super Series North Region. Hurlburt and the Jamie and Denise Page No. 6H make their longest journey yet to Florida in February.

Crate 602 Sportsman competitors are eager to hit the whistle-clean All-Tech facility in a showcase event for the division.

Delaware dominant force Scott Hitchens plans double-duty at All-Tech competing with both his STSS Modified and Crate 602 Sportsman. Hitchens is the reigning champion at the Cathell family’s Delaware International Speedway.

All ‘Sunshine Swing’ information has now been posted on the Short Track Super Series website.