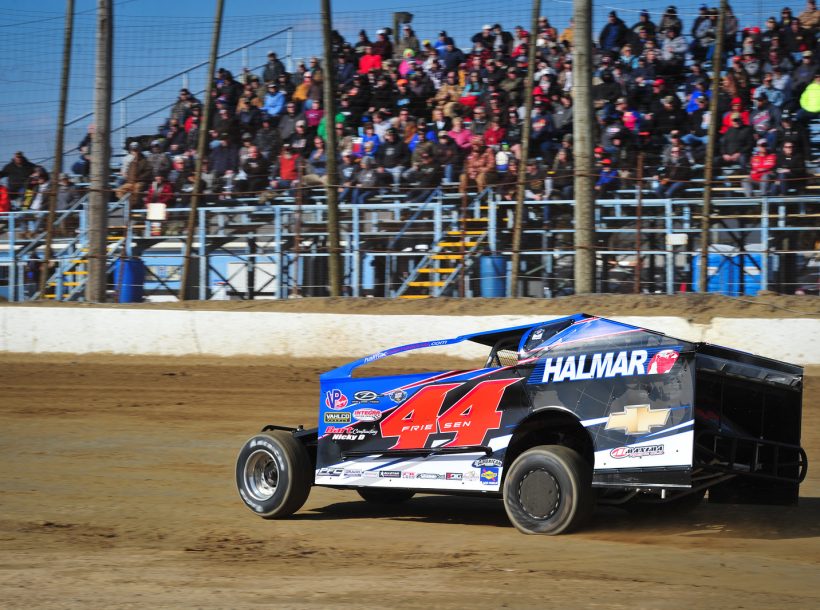 The Melvin L. Joseph Memorial – honoring a man who excelled in both the Delaware business and motorsports realms – celebrates its fifth running Friday-Saturday March 6-7 at Georgetown Speedway, the half-mile oval Mr. Joseph constructed in 1949 and opened in March 1950.

This year, the 49-lap main event offers $10,049 to the winner: Delaware’s richest Modified race! The event also kicks off the championship battle for the eight-race STSS Velocita-USA South Region presented by Design for Vision and Sunglass Central championship worth $10,000 at year-end.

In four years of the Melvin L. Joseph Memorial, a quartet of drivers have found STSS Modified glory. Each edition has produced its share of storylines.

2018: The new progressively banked Georgetown Speedway layout made its debut on March 17, 2018 for the Melvin L. Joseph Memorial and eventual race winner Ryan Watt utilized every inch of the clay track. With 20 laps to go, Watt’s car slipped off the top of turn three. Somehow, he lost only one position. Late in the race, Watt stalked Matt Sheppard in lapped traffic, passing ‘Super Matt’ with only four laps remaining in the 49-lap race. Sheppard settled for second, with David Van Horn Jr. (up from 11th), Billy Decker and Billy Pauch Jr. completing the front five.

2019: Strong winds, bright sun and no humidity made tire wear the story on March 16, 2019 for the Melvin L. Joseph Memorial. Stewart Friesen ducked to the pit area during a lap-25 caution flag for fresh rubber and watched as his competitors, one-by-one, dropped off the pace with flat right-rear tires. Just five laps after his pit stop, Friesen re-assumed the lead and put his name on the race’s win list. After leading the race at one point, Matt Sheppard rallied to second, with Ryan Watt, Billy Pauch Jr. and Jordan Watson crossing the line third through fifth, respectively.

STSS Modifieds and Crate 602 Sportsman will take part in practice rounds with the two drivers recording the fastest laps in each division guaranteed into Saturday’s Beyea Custom Headers redraws.

On Saturday (March 7), the Velocita-USA South Region presented by Design for Vision and Sunglass Central opener is set for the STSS big-block/small-block Modifieds. The 49-lap main offers a whopping $10,049 plus bonuses and $490 to take the green flag.

Auto racing icon Ken Schrader will be on hand serving at the Grand Marshal for the Melvin L. Joseph Memorial.

On Saturday, pit and grandstand gates unlock at 2 p.m. Hot laps hit the track at 4 p.m., with racing at 5 p.m.