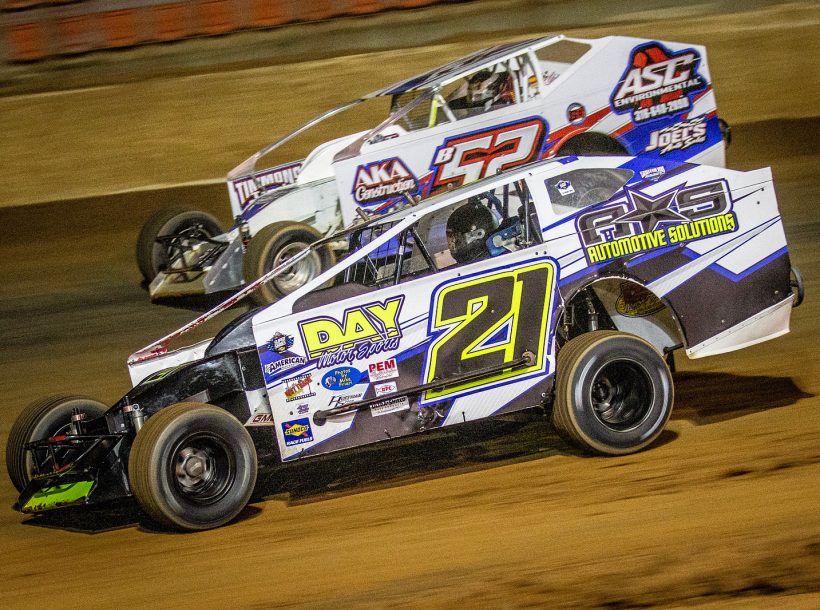 TYLER, TX – The first piece of the Short Track Super Series (STSS) Cajun Region is in place for 2021.

Day Motor Sports of Tyler, Texas has been named the official distributor of the American Racer tires utilized by the STSS Cajun Region big-block/small-block Modifieds during the ’21 season.

The Southern Super Modified Series has been rebranded the STSS Cajun Region for next season and beyond, with marketing, scheduling and contingency award support offered by BD Motorsports Media LLC. An announcement during the recent ‘Cajun Swing’ in November set the path for the series under the STSS moniker.

American Racer will be the tire of choice for the STSS Cajun Region for the ’21 season and beyond as the Northeast-style Modifieds regain momentum in Louisiana and Texas.

Tire compounds for the ’21 season are as follows:

The agreement will also allow for a base point fund for the series, which is anticipated to hold approximately a dozen events from March through October. Should the series draw an average of 15 cars over 12 events, the base point fund will be approximately $4,000. That number, of course, can be increased by additional marketing partners or a higher car count.

Day Motor Sports is located at 6100 US Highway 69 North Tyler, Texas 75706 and can be reached by phone at 800.543.6238 or 903.593.9815. Like Day Motor Sports on Facebook or visit the official website: www.daymotorsports.com. Day Motor Sports has been in business for over 40 years serving retail and wholesale customers alike.

Scheduling for the STSS Cajun Region will begin shortly with additional announcements to come. Follow along on Facebook with the Short Track Super Series Cajun Region.

The STSS Cajun Region is the avenue for big-block/small-block Modified competitors looking to advance the division in Louisiana and Texas.