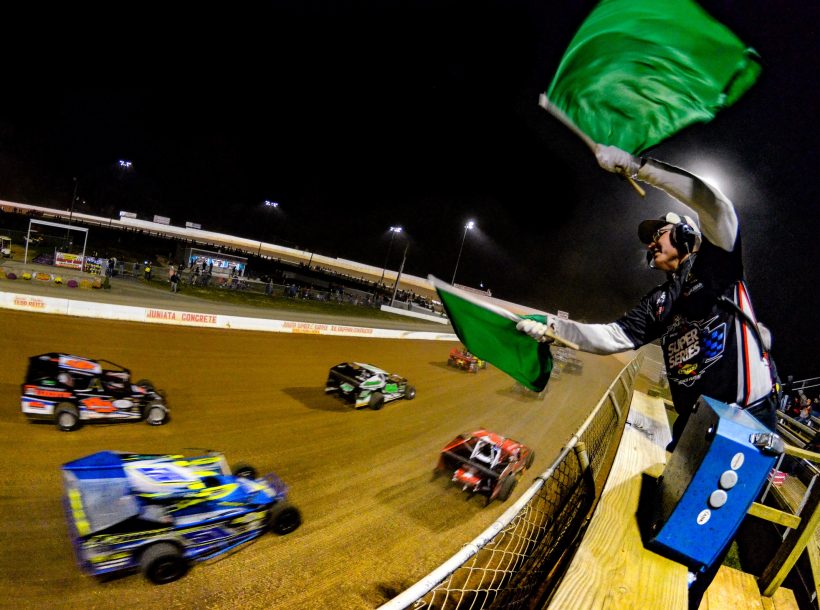 The STSS, which launched officially in 2014, will celebrate its 100th Modified main event at Bubba Raceway Park in Ocala, Fla., during the upcoming ‘Sunshine Swing’ which features the series’ debut at the three-eighths-mile track.

Following an Open Practice on Tuesday (Jan. 26), attention turns to the lid-lifter Wednesday night with the STSS Modifieds racing 30 laps for $4,000 to win. The series will hit the century mark in events during the Wednesday program.

Since the ’14 debut, the STSS has completed 99 events, the most recent occurring in the Bayou State at Chatham (La.) Speedway Nov. 14.

No driver has enjoyed more success in the series than Stewart Friesen, last season’s North and South Region champion who has scored 26 victories with the STSS. Friesen did not win in the series’ inaugural season, racking up all 26 wins since ’15.

Matt Sheppard, the ‘Grand Champion’ of 2019, is second on the win list with 15. Sheppard added three triumphs to his total in November during the visit to Louisiana for the ‘Cajun Swing’ including a $20,000 score at Chatham.

Ryan Godown and Anthony Perrego each have six victories in a deadlock for third, followed by Bachetti, Danny Creeden and Ryan Watt tied with five wins each.

Bubba Raceway Park will become the 23rd venue to host the series during the ‘Sunshine Swing’ mini-series.

The first night of racing takes place on Wednesday, Jan. 27 with the STSS Modifieds racing 30 laps for a $4,000 top prize and Crate 602 Sportsman battling 25 laps with $1,450 up for grabs. Florida residents with ID will receive FREE grandstand admission on Wednesday during ‘Locals Night’ at the track!