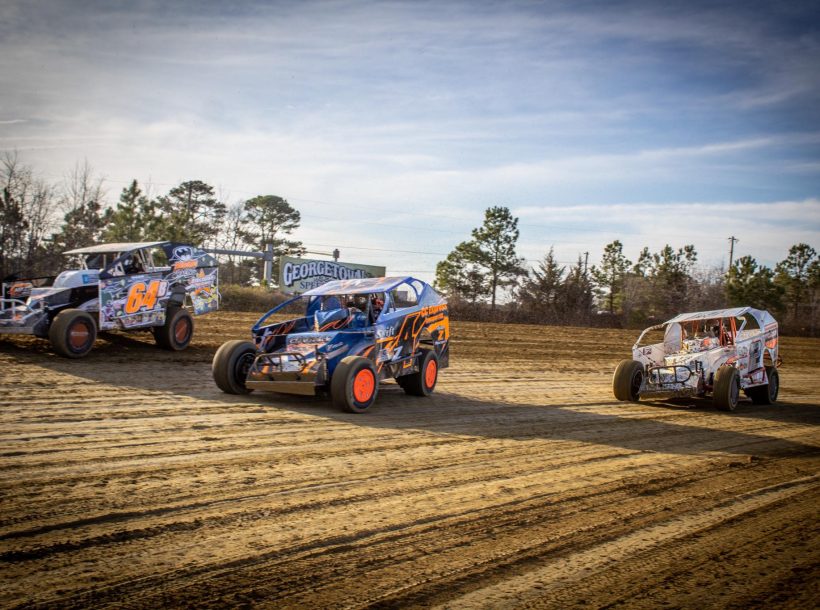 A total of 75 competitors attended the Melvin L. Joseph Memorial at Georgetown (Del.) Speedway last weekend. With seven heat races, three consolations and more than 40 cars unable to take the green, it was an accomplishment just to run the 25-lap main event.

Now the series heads to the Keystone State for the first-ever STSS event at the Selinsgrove Speedway this Saturday (March 20). The Crate 602 Sportsman will join the STSS Modifieds as part of the ‘Icebreaker’ at the Snyder County facility.

Horseheads, N.Y., driver A-Jay Potrzebowski II took home the season-opening victory and the $1,549 payday in a race that went through with just one caution for the 32-car field. The Woodhull (N.Y.) Raceway regular is planning to attend this weekend’s event in Central Pennsylvania.

South New Berlin, N.Y. youngster Payton Talbot came home third in just his second appearance at Georgetown. Talbot already has a win this season in North Florida. Now he will continue the STSS South Tour, joining Potrzebowski and Cormier at Selinsgrove for Race No. 2.

Newtown, Pa.’s Joe Toth and Oneida, N.Y.’s Matt Janczuk rounded out the top-five in the STSS lid-lifter. They will join the podium finishers continuing to follow the series as it heads to the Keystone half-mile.

Other drivers attending the first STSS event at Selinsgrove include the 2021 ‘Sunshine Swing’ Crate 602 Sportsman champion Stephen Kemery out of Sicklerville, N.J.

L.J. Lombardo made his STSS debut with a seventh-place finish at Georgetown. Now, the Danbury, Conn., driver plans to attend his second STSS event at Selinsgrove with momentum from his debut.

Defending STSS Crate 602 Sportsman South Region champion Scott Hitchens will tow north after a disappointing 21st-place showing at Georgetown. The champ will look to rebound as the team heads north.

The event will be broadcast live on FloRacing (floracing.tv) as part of the annual subscription.

Selinsgrove Speedway is a half-mile, banked oval located at the intersection of Routes 11 & 15 and Route 35 in Central Pennsylvania. The GPS address is 47 Sand Hill Road Selinsgrove, Pa. Visit www.selinsgrovespeedway.com or call the speedway office at 570.374.2266 for further information.

Complete Selinsgrove ‘Icebreaker’ race info has been posted on the series website: https://shorttracksuperseries.com/wp-content/uploads/2021/02/IcebreakerGeneralInformationSheet.pdf