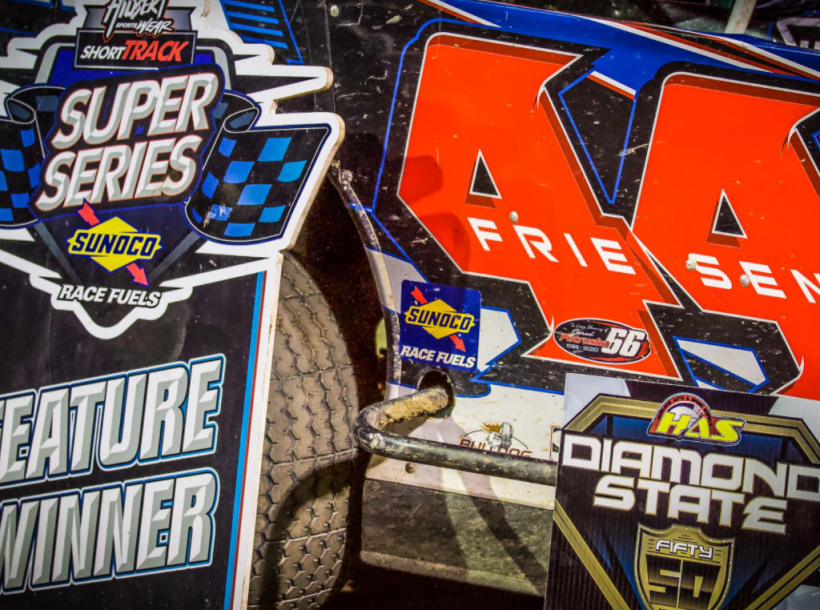 As the STSS travels to Delaware International Speedway in Delmar, Del., on Tuesday, April 27 for the Hurlock Auto & Speed Supply ‘Diamond State 50’ event, local businesses Taylor & Messick and Stockley Tavern have added incentives for competitors in attendance at the Cathell family’s half-mile oval.

Taylor & Messick of Harrington, Del., a longtime supporter of auto racing in the First State, has posted $1,000 in additional purse money to STSS competitors in both divisions.

The drivers finishing sixth through 10th in both the STSS Modified and STSS Crate 602 Sportsman features will each receive a $100 pay increase courtesy of the Messick family and Taylor & Messick.

For the second consecutive year, Stockley Tavern has signed on to present the ‘Delaware Double’ rewarding the STSS Modified driver who finishes highest in the ‘Diamond State 50’ and the ‘Blast at the Beach’ on Tuesday, Aug. 24 at Del.’s Georgetown Speedway.

Should one Modified driver win both First State races, they will receive a $2,000 bonus. In 2020, Sprakers, N.Y.’s Stewart Friesen was able to complete the sweep, picking up the $2,000 bonus.

If a driver is unable to win both Delaware races, the competitor with the best average finish between the two events will receive a $1,000 bonus. Should there be a tie between two or more drivers, the tiebreaker will be the highest finisher in the ‘Blast at the Beach’ at Georgetown.

Taylor & Messick Inc., home of the ‘Long Green Line’ is located in Harrington, Del. Founded by Walter and Marie Messick, Taylor & Messick has served Delmarva and beyond since 1951. Learn more at www.taylormessick.com.

Stockley Tavern is located just south of Georgetown Speedway on 113 and serves up the “coldest beer in town” along with a full menu and weekly specials. There is also a complete package store on-site. Visit www.stockleytavern.com or like “Stockley Tavern” on Facebook.