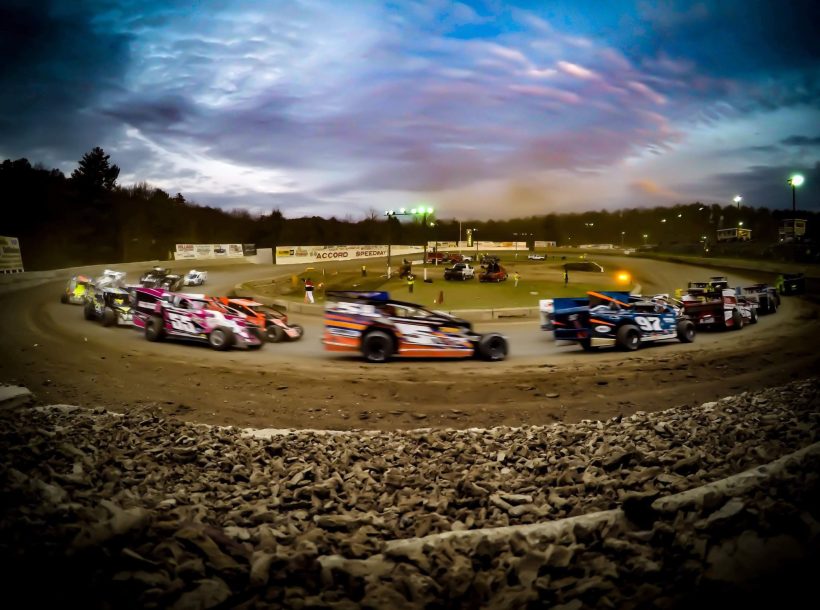 The Hurlock Auto & Speed North Region is set to kick off at Accord Speedway with the Land Hoe Maintenance LLC. ‘Battle of the Bullring 8.’ The event will also serve as the season-opening event at the Ulster County quarter-mile speedway and their first race since 2019 after rain dashed the May 7 lid-lifter for 2021.

The ‘Battle at the Bullring’ returns to the STSS schedule in 2021, after falling victim to COVID-19 restrictions in the prior year.

Middletown, N.Y.’s Anthony Perrego is the only multi-time event winner heading into the 2021 edition, conquering the “battle” in 2014 and 2017.

Entering the Hurlock Auto & Speed North Region opener, seven races have been held this season for the STSS. Three took place on the ‘Sunshine Swing’ in Florida while the Velocita-USA South Region presented by Design for Vision and Sunglass Central has hosted four races.

The seven events have produced six different winners, with only Sprakers, N.Y.’s Stewart Friesen winning twice. Friesen was also the 2016 victor of the ‘Battle of the Bullring’ in his lone Accord win.

For the first time in series history, Accord Speedway hosts the North Region opener, with the tight confines providing a “wild card” to kick off the $12,000 North Region point battle.

Sheffield, Mass., driver Andy Bachetti enters the day as one of the pre-race favorites for several reasons. Bachetti is a past Accord Speedway champion, won the ‘Icebreaker 40’ at Selinsgrove (Pa.) Speedway this season with the STSS, and was the winner of the ‘Battle of the Bullring’ the last time it was contested in 2019.

Rosendale, N.Y.’s Jimmy Wells is the defending champion at Accord Speedway (in 2019). Despite not traveling with the STSS regularly, Wells always finds himself in contention when the series heads to his home turf. Wells has been oh-so-close to Victory Lane in the ‘Battle of the Bullring’ and Tuesday could be his night.

The Ricci brothers, Mike of Tillson, N.Y., and Rich of New Paltz, N.Y., are a duo that always find themselves near the front of the STSS field at Accord. Rich carries 11-track championships at Accord to his name, with Mike – a proven talent on the short tracks – not far behind. The pair are both widely considered among Accord’s greatest drivers of the past three decades.

Westfield, Pa.’s Billy Van Pelt is no stranger to high banks and tight corners. The 21-time track champion at Woodhull (N.Y.) Raceway will likely be among those ‘battling’ at the front of the field.

Mike Gular is used to flying under the radar. The Boyertown, Pa., resident made a name for himself at Pa.’s Grandview Speedway, a one-third mile speedway down the road from his hometown. The 2019 ‘Battle of the Bullring’ runner-up will look to do one better in the 2021 edition.

As previously mentioned, Wurtsboro, N.Y.’s Danny Creeden was the winner of the first ever ‘Battle of the Bullring’ at Accord Speedway back in 2013. While Creeden hasn’t won the Accord event since, he’s a short-track ace with five wins on the STSS tour.

The STSS Crate 602 Sportsman kick off the Precision Hydraulic & Oil North Region with a 25-lap, $1,500-to-win event as part of the ‘Battle of the Bullring.’ Four Cylinders will also be apart of the STSS North Region Opener.