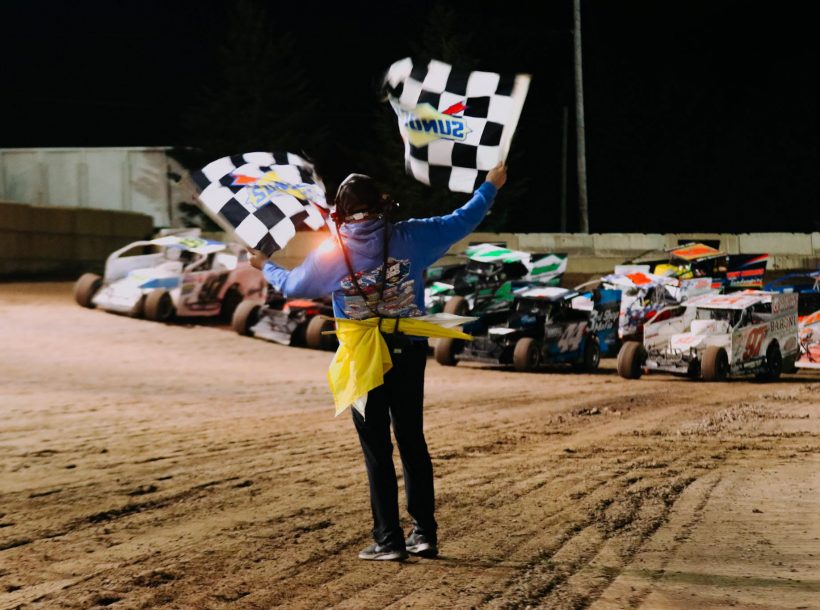 DUNDEE, NY- It is another ‘Race Day’ for the Bob Hilbert Sportswear Short Track Super Series (STSS) Fueled By Sunoco. The STSS heads to Tyler Siri’s Outlaw Speedway in Dundee, N.Y., for round No. 2 of the Hurlock Auto & Speed North Region.

The ‘Outlaw Showdown’ brings the STSS back to Outlaw Speedway after the 2020 edition was thwarted by COVID-19 restrictions.

Middletown, N.Y.’s Anthony Perrego enters the ‘Outlaw Showdown’ as the North Region point leader, after picking up his seventh career STSS victory at the ‘Battle of the Bullring’ at N.Y.’s Accord Speedway.

Perrego was the seventh different STSS winner of the 2021 season in the eight events spanning the North & South Region and the Sunshine Swing.

This years ‘Outlaw Showdown’ will mark the fourth appearance for the STSS at Outlaw Speedway.

Sprakers, N.Y.’s Stewart Friesen has won each of the last two appearances for the STSS at Outlaw Speedway. Friesen enters the ‘Outlaw Showdown’ behind the proverbial ‘eight-ball’ after a heat race crash at Accord caused him to not qualify for the feature.

Savannah, N.Y.’s Matt Sheppard has been a dominant force at Outlaw Speedway for the last several years. Sheppard won the first ever STSS appearance at Outlaw back in 2016.

Danny Johnson, of Rochester, N.Y., has won each of the last two Friday night races at Outlaw Speedway. ‘The Doctor’s’ lone STSS triumph came all the way back in 2014 at Penn Can Speedway.

St. Catherine’s, Ontario, Canada’s Mat Williamson has run third in each of the STSS’s last two appearances at Outlaw. Since the series’ last trip to Outlaw, Williamson has won twice on the STSS, and was the runner-up at Accord last week.

Alan Johnson, of Middlesex, N.Y., is still in search of his first STSS victory. ‘A.J. Slideways’ won the season opener at Outlaw and is a former Friday Night regular at the speedway who could steal the show.

Sharon Springs, N.Y.’s Bobby Varin enters the ‘Outlaw Showdown’ in search of his first career STSS victory as well. Varin has finished runner-up to Danny Johnson in each of the last two races at Outlaw and will be looking to do one better tonight.

Also, on the card for the May 18 event will be the “open tire” Sportsman racing for $1,500-to-win, while the Street Stocks, Four Cylinders and Hobby Stocks will all race for $750-to-win.

General admission prices are $25 for Adults, $22 for Seniors and Kids 12 and under get in FREE. Pit Admission is $40 (no license required).