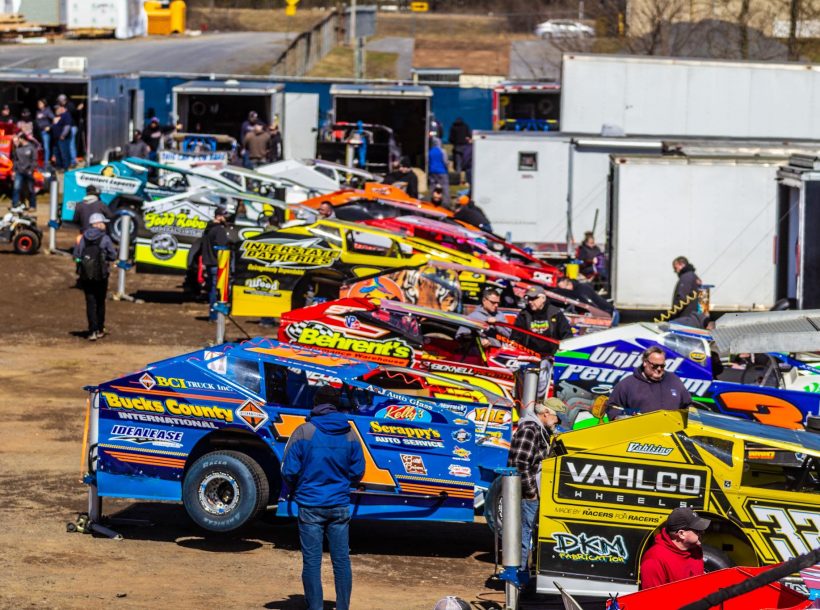 The Bob Hilbert Sportswear Short Track Super Series (STSS) Fueled By Sunoco heads to New Egypt Speedway for Round No. 5 of the Velocita-USA South Region presented by Design for Vision and Sunglass Central.

A host of drivers plan to attend the seventh running of the ‘Dirty Jersey’ event, including invaders such as Tyler Dippel, Max McLaughlin, Andy Bachetti, Anthony Perrego, Matt Sheppard and Stewart Friesen.

David Van Horn was the most recent ‘Dirty Jersey’ winner at New Egypt Speedway and hopes to defend his home turf in addition to STSS loyalist and track regular Mike Gular.

They and many others will be in search of the $5,000-plus payday handed to the winner at the end of the 50-lap feature event.

The STSS heads back to the Central New Jersey D-shaped oval for the first time since 2019.

King Ferry, N.Y.’s Mike Mahaney enters the event as the South Region point leader. Mahaney has yet to finish outside of the top-10 in any STSS event since the ‘Sunshine Swing’ in January.

In the nine races since the ‘Sunshine Swing’ at Bubba Raceway Park in Ocala, Fla., eight different drivers have claimed victory on the 2021 series tour.

While it is the seventh running of the ‘Dirty Jersey’ tonight marks the third appearance for the STSS at New Egypt Speedway.

Frenchtown, N.J.’s Billy Pauch Jr., is always a favorite every time Modifieds hit the track at New Egypt. Tonight’s event will be no different, as ‘The Kid’s Kid’ claimed his first-ever STSS victory at the 2016 ‘Dirty Jersey’ at his home track. Pauch Jr. is also last year’s runner-up in South Region points.

The previously mentioned Matt Sheppard heads to NES as a former track champion at the speedway. In 2007, Sheppard famously trekked to New Egypt from upstate New York every Saturday and tallied eight victories and the track championship.

Dominick Buffalino heads to New Egypt quite comfortable at the uniquely shaped racetrack. Despite not being a regular there this season, the Sayreville, N.J., talent has already picked up a win at New Egypt. Buffalino also added three wins to his NES total in the shortened 2020 season.

Ringoes, N.J.’s Ryan Godown is a former regular at New Egypt where he had plenty of success. The ‘Ringoes Rocket’ has gotten off to a solid start on the STSS and is the current point leader at Bridgeport (N.J.) Motorsports Park.

Brandon Grosso is the current point leader at New Egypt Speedway. The Belle Mead, N.J., resident is already a winner this season at the speedway and has had success in the past with the STSS. The youngster will be in search of his first STSS Modified victory.

Pipersville, Pa., native Danny Bouc will be back behind the wheel of the Craig and Leslie Pondish No. 6 tonight. The return comes just in time for the reigning New Egypt Speedway champion. Bouc was arguably the fastest car on the track the last time the STSS visited New Egypt, however a flat tire late in the race thrashed his chances of claiming the victory.

The Belmont’s Garage STSS Crate 602 Sportsman go for Race No. 4 of their 2021 points chase. The Sportsman will race for 25-laps in a $1,500-to-win race. Four Cylinders will round out the program.