Race Day at Penn Can: STSS ‘Clash at the Can’ Storylines, Stars & Sleepers 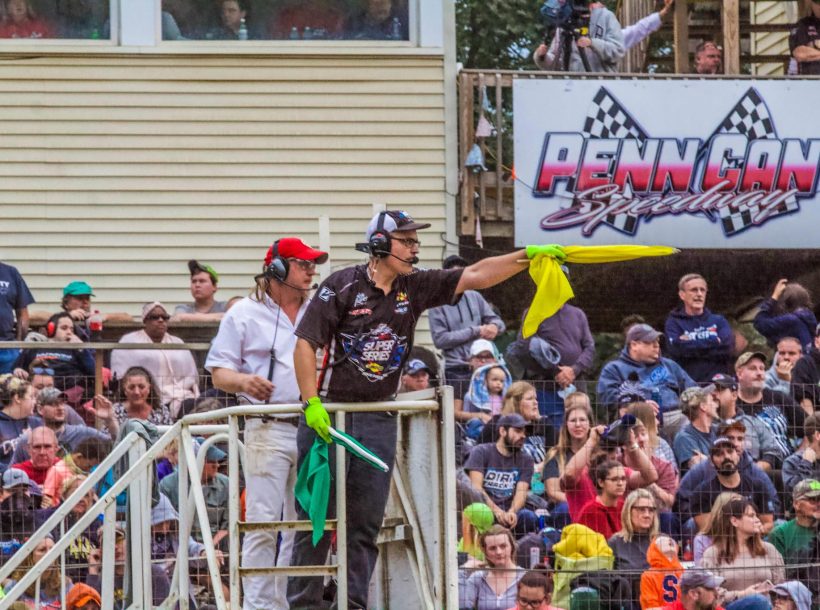 After rain nixed the original date on Sunday, the Bob Hilbert Sportswear Short Track Super Series (STSS) Fueled By Sunoco returns to Penn Can Speedway for the ‘Clash at the Can’ for a Tuesday night make-up.

The STSS big-block/small-block Modifieds will go 50 laps for the minimum $5,000 top prize in Round No. 3 for the Hurlock Auto & Speed Supply North Region.

Perrego’s month of May on the STSS saw him grab two checkered flags, one at Accord (N.Y.) Speedway, and the other last week at New Egypt (N.J.) Speedway. His only “non-win” was a third place run at Outlaw (N.Y.) Speedway.

Mike Mahaney meanwhile continues to be the model of consistency on the STSS, finishing on the podium in every Series race since the ‘Sunshine Swing’ with the ‘Icebreaker 40’ being the lone exception at Selinsgrove (Pa.) Speedway.

Penn Can hosts the STSS for the third time in its history – and second consecutive year – after the ‘King of the Can’ crowned an STSS champion in 2020.

Stewart Friesen, of Sprakers, N.Y., heads to Penn Can as the most recent STSS winner at the speedway. Friesen used a pair of late restarts to his advantage, taking the lead late, winning the race and the North Region championship. Now Friesen heads to Penn Can as arguably the hottest driver in the Northeast.

Towanda, Pa.’s Kevin Hartnett enters the STSS showdown having won each of the last two Friday night features at Penn Can. Hartnett was also the runner-up on the ‘Hot Summer Night’ 2014 visit to ‘The Can’ for the STSS.

Sheffield, Mass. driver Andy Bachetti led over 40 laps in last years ‘King of the Can’ before falling victim to the late-race restarts and had to settle for the runner-up position. Already a winner in 2021 on the STSS at Selinsgrove, Bachetti looks to continue his strong 2021 start on the North Region.

The 2020 Penn Can Speedway champion, Brett Tonkin will be in attendance searching for his first career STSS triumph. The Carbondale, Pa., native has picked up a win at neighboring Afton (N.Y.) Motorsports Park already in 2021, as well.

Oley, Pa.’s Duane Howard will be on hand for the 50-lap event, a winner of the ‘Clash at the Can’ back in 2010. He and new car owner Butch Getz will make the trek to Penn Can searching for their first STSS win as a team.

Middlesex, N.Y. all-timer Alan Johnson quietly heads to Penn Can in the sixth position in Hurlock Auto & Speed Supply North Region points. Johnson is calling the STSS home for the first time in his career and is quickly showing he could be a factor.

The GRIT Crate 602 Sportsman will be on hand for a $2,200-to-win event along with IMCA-Modifieds and the Junior Slingshots.