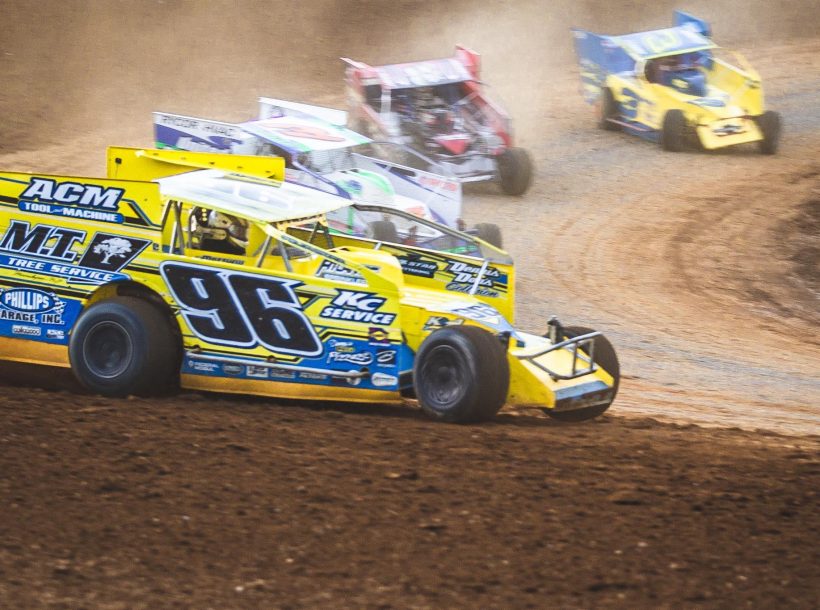 The STSS big-block/small-block Modifieds race 50-laps for a minimum of $5,000 to the winner.

The ‘Anthracite Assault’ is the only event on the STSS Tour that pays points for both the Hurlock Auto & Speed North Region and the Velocita-USA South Region presented by Design for Vision and Sunglass Central.

Big Diamond Speedway hosts Round No. 4 for the North Region drivers and Round No. 6 for the South Region contenders.

The ‘combo-event’ at the Coal Country three-eighths mile consistently features one of the best fields of the year across all Northeast Modified racing as the best from the North and South battle for STSS bragging rights.

Middletown, N.Y.’s Anthony Perrego and Kings Ferry, N.Y.’s Mike Mahaney continue to set the pace on both the North and South Regions.

The 2021 ‘Anthracite Assault’ will be the sixth appearance for the STSS at Big Diamond Speedway. The only year the STSS did not appear at Big Diamond was in 2018 when a pop-up shower drenched the grounds and nixed the much-anticipated event.

Frenchtown, N.J.’s Billy Pauch Jr. hasn’t fired out of the gates in 2021 the way he would have liked on the STSS Tour. However, the 2020 South Region runner-up heads into tonight’s racing action as the most recent winner at Big Diamond, dominating last Friday night’s action. As the defending winner of the event, the ‘Kid’s Kid’ will be in action looking to regain his 2020 STSS form.

Mike Gular heads into Tuesday night as the reigning Big Diamond Speedway champion. The Boyertown, Pa hot-shoe has finished in the top-five each of the last two years at the annual STSS visit to Coal Country.

Savannah, N.Y.’s Matt Sheppard rolls into Big Diamond in high gear. Fresh off his second STSS win of the year at Penn Can, ‘Superman’ also just recently claimed his 400th career Modified win. The 2019 winner of the ‘Anthracite Assault’ is peaking just in time for the ‘dog days’ of summer race season.

Wallkill, N.Y.’s Tyler Dippel has visited Big Diamond on a few occasions the last two seasons. At last year’s ‘Coalcracker 72,’ one of Big Diamond’s premiere events, Dippel ran in second for a large portion of the event before losing a left rear shock with 15-laps remaining. Dippel’s consistency on the STSS has him in the top-11 in North and South Region points.

Speaking of the 2020 ‘Coalcracker,’ the winner of that event is also the 2016 winner of the ‘Anthracite Assault.’ Boyertown, Pa’s Ryan Watt enters Tuesday night fresh off a win at Georgetown (Del.) Speedway and looking to continue his momentum at a place he has had success at in the past.

While he is no longer a regular STSS follower, Oley, Pa’s Craig Von Dohren is one of the all-time greats at Big Diamond. The four-time speedway champion is still in search of his first career STSS triumph.

The Crate 602 Sportsman race in Round No. 5 of the Belmont’s Garage South Region. The 25-lap affair will feature a $1,500 winners’ share at the pay window.