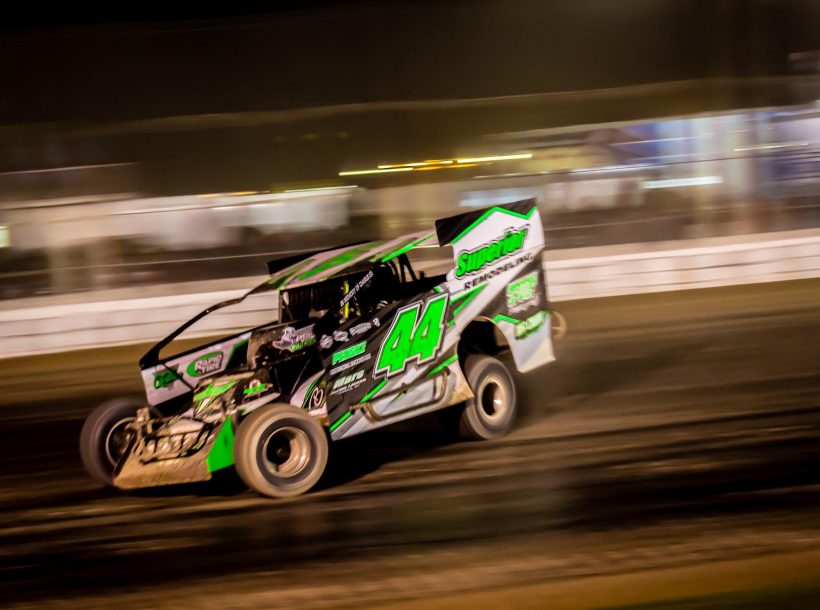 The STSS ventures to the ‘Track of Champions’ for the third time in its history and will once again feature a $10,000 minimum to win main event for the STSS big-block/small-block Modifieds on Sunday, July 4.

The holiday event will be round No. 4 of the Hurlock Auto & Speed North Region, following the postponement of the ‘Anthracite Assault’ at Pa.’s Big Diamond Speedway.

Preceding the STSS visit for the ‘Firecracker 50,’ Fonda Speedway hosts a $4,000-to-win Fuccillo Autoplex of Nelliston ‘Thunder on the Thruway’ event on Saturday, July 3.

A minimum of $48,370 total will be handed on the holiday weekend at ‘Fonda Speedway,’ plus the numerous certificates and bonuses given away at each STSS event.

The Crate 602 Sportsman will have a full weekend of racing as well, as they join the Modifieds, running on both Saturday and Sunday in the ‘Thunder on the Thruway’ and the ‘Firecracker 50.’

The STSS race on Sunday, July 4 will be round no. 2 of the Precision Hydraulic & Oil North Region for the Crate 602 Sportsman. A $1,500 winner’s share will be up for grabs on both nights as well.

The weekend kicks off a busy July for the STSS, which is scheduled to host four races over a 23-day stretch, which includes trips to three new venues.

July 14, the STSS makes its debut on the all-new three-eights mile at Bloomsburg (Pa.) Fair Raceway for the ‘Battle at Bloomsburg.’ Eight days later, another new annual tradition kicks off with the ‘Richie Evans Remembered 61’ at N.Y.’s Utica-Rome Speedway.

Finally, the month ends on July 27 at the newly configured Bridgeport (N.J.) Motorsports Park in the return of the ‘South Jersey Shootout.’