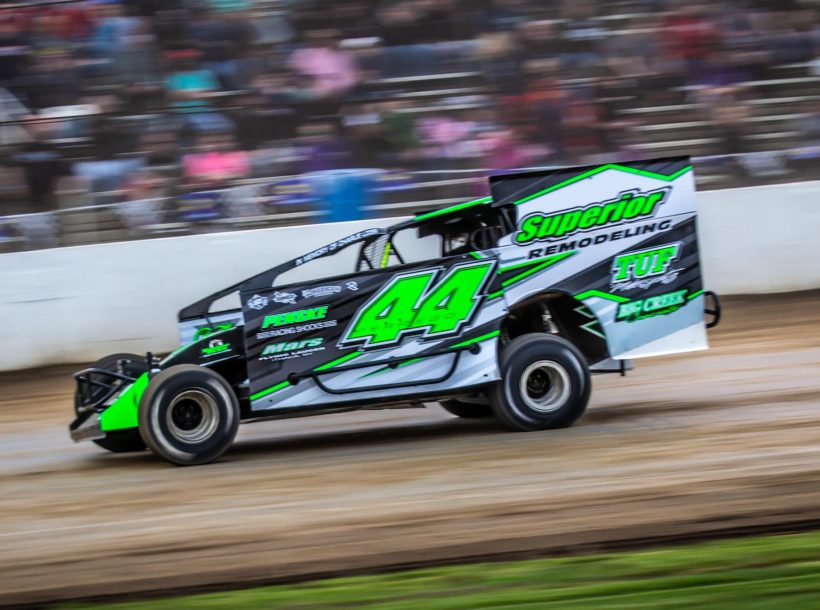 After a quiet month of June, the month of July kicks off with a $10,000-to-win ‘bang’ on Independence Day at Fonda Speedway.

The big-block/small-block Modifieds of the STSS will race for 50 laps around the historic ‘Track of Champions’ on Sunday, July 4 in the third annual Fuccillo Autoplex of Nelliston ‘Firecracker 50.’

A $32,770 total purse is up for grabs, with several other bonuses and certificates on the line for competitors in what has become one of the ‘crown-jewel’ events of the STSS.

The ‘Firecracker 50’ will serve as the fourth round of the Hurlock Auto & Speed North Region $12,000 championship chase.

In each of the past two seasons, Sprakers, N.Y.’s Stewart Friesen has taken the checkered and the accompanying $10,000 payday to go with it.

Friesen’s 2019 triumph came in dramatic fashion, with a last-lap, last-turn pass of Savannah, N.Y.’s Matt Sheppard to claim the first ever ‘Firecracker 50’ for the STSS.

Friesen passed a strong-running Adam McAuliffe at the midway point last July and never looked back.

This year, Friesen again enters the weekend as the heavy favorite, having won seven of his eight Fonda Speedway appearances in 2021.

Middletown, N.Y.’s Anthony Perrego and Kings Ferry, N.Y.’s Mike Mahaney and Sheppard have set the pace on the STSS tour in 2021, occupying the top-three spots in both the North and South Regions.

Also on the card, the Crate 602 Sportsman will race in round No. 2 of the Precision Hydraulic & Oil North Region. The Sportsman race for 25-laps in a $2,000-to-win feature event.

The North Region Crate 602 Sportsman last ran on May 11 at the ‘Battle of the Bullring’ at Accord Speedway.

Pit Admission is $35 for Non-Members and $30 for Fonda Speedway Members.

The ‘Firecracker 50’ will be streamed live on FloRacing (www.floracing.tv).

A race information sheet has been posted on the STSS website: https://shorttracksuperseries.com/wp-content/uploads/2021/06/Firecracker50GeneralInfoSheet.pdf

Fonda Speedway is located on the Montgomery County Fairgrounds off New York State Thruway Exit No. 28 at 21 S. Bridge Street Fonda, NY 12068. Fonda Speedway is on the web at www.thefondaspeedway.com. To learn more, call the office at 518.915.4395.