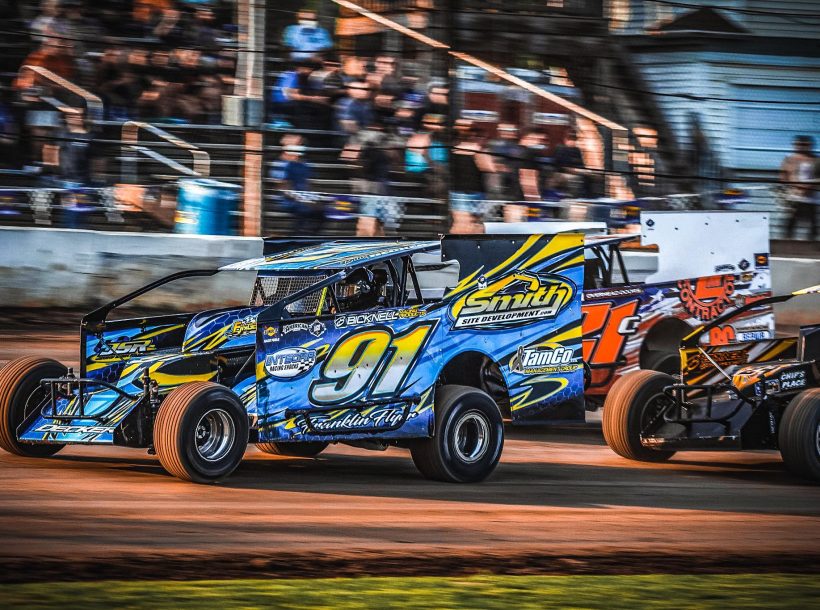 The STSS big-block/small-block Modifieds will go for 50-laps for a minimum of $10,000 to the winner.

This years ‘Firecracker 50’ will be the third running of the event since its inception in 2019 and is Round No. 4 of the Hurlock Auto & Speed North Region.

It has been over a month since the STSS last ran at Pa.’s Penn Can Speedway on June 1. Drivers and teams are rounding into form and finding their stride as the calendar turns to July, which could change the outlook of the North Region standings in the next month of racing.

Sprakers, N.Y.’s Stewart Friesen has claimed each of the first two editions of the ‘Firecracker 50.’ Can anyone stop the Fonda Speedway kingpin?

Not only has he won the first two running’s of the ‘Firecracker 50,’ Stewart Friesen has only lost twice since the beginning of 2020 at Fonda Speedway, including winning seven of his eight races this season. Friesen currently sits at 75 career Fonda wins, fourth on the Speedway’s all-time list.

Johnstown, N.Y.’s Rocky Warner is the only driver to win a Fonda Speedway race in 2021 that Stewart Friesen attended. Warner is also coming off a runner-up this past Saturday (to Friesen) at Fonda. Warner also won the $12,000 payday at the Montgomery County Open back in April at Fonda.

Anthony Perrego, like Rocky Warner, is the only other driver to beat Stewart Friesen at Fonda since the beginning of 2021. Perrego was triumphant in the season finale at Fonda last season. Perrego’s consistency has been impeccable on the 2021 STSS Tour and has rewarded him with two wins already this season.

Duanesburg, N.Y.’s Ronnie Johnson has never been an STSS regular, and just returned as a regular at Fonda Speedway this season. However, ‘RJ’ has been fast and consistent throughout the 2021 campaign at the ‘Track of Champions.’ A crowd favorite, Johnson will be in the hunt to thrill the picturesque grandstands at Fonda.

Saratoga Springs, N.Y.’s Jack Lehner is having a breakout season in the Modified division. That breakout season includes a win this season at Fonda, and currently sitting second in the point standings at the ‘Track of Champions.’

A huge fireworks display will complete the program.

The ‘Firecracker 50’ will be streamed live on FloRacing (www.floracing.tv).

Fonda Speedway is located on the Montgomery County Fairgrounds off New York State Thruway Exit No. 28 at 21 S. Bridge Street Fonda, NY 12068. Fonda Speedway is on the web at www.thefondaspeedway.com. To learn more, call the office at 518.915.4395.