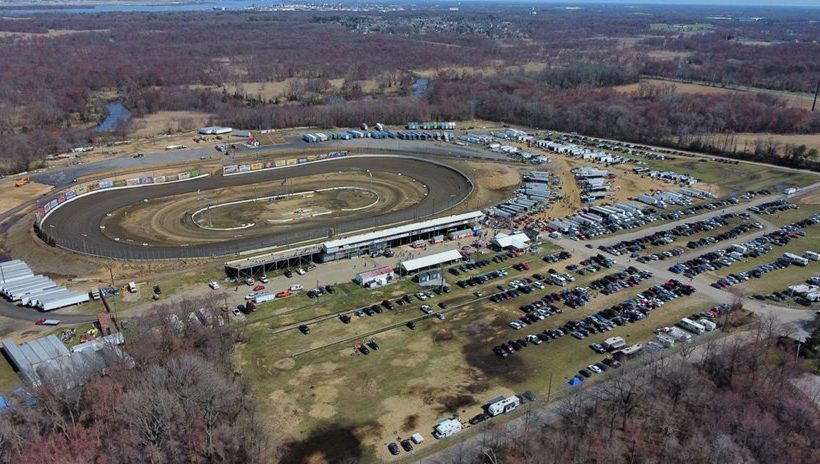 SWEDESBORO, NJ – For the final time in the month of July, it’s Race Day!

Bridgeport plays host to Round No. 6 of Velocita-USA South Region presented by Design for Vision and Sunglass Central in a 50-lap, $5,000-to-win main event for the STSS big-block/small-block Modifieds.

Today marks the fifth appearance for the STSS at the South Jersey facility, but the first on the newly configured, high banked, four-tenths-mile oval.

The first three events took place on the original five-eighths mile in 2016 and 2017. The 2018 appearance occurred on the three-eighths mile, constructed as an inner-oval to the five-eighths.

Ringoes, N.J.’s Ryan Godown is the current point leader at Bridgeport Motorsports Park and has four wins to his name at Bridgeport in 2021. Godown is a six-time STSS winner, with his last coming in October of 2017 at Georgetown (Del.) Speedway.

The current STSS point leader – Mike Mahaney – has enjoyed a fair amount of success in his handful of appearances at Bridgeport Motorsports Park. Combine his fondness of the four-tenths-mile track and his impeccable consistency on the STSS South tour and Mahaney is sure to be in contention down the stretch.

Sprakers, N.Y.’s Stewart Friesen enters the Bridgeport event on a recent tear, winning each of his last three Modified starts, including the most recent STSS event at Utica-Rome (N.Y.) Speedway. Friesen, already a winner at the newly configured speedway, enters 70 points behind Mahaney and looking to gain ground.

Branchburg, N.J.’s Ryan Krachun decided to call Bridgeport home in 2021 and sits fourth in points with a win on his campaign thus far. Coming off a top-five at the Bloomsburg (Pa.) Fair Raceway, Krachun hopes to continue to ascend the STSS radar at his home track.

Max McLaughlin finished in the top five in his lone appearance at Bridgeport and was vocal about his fondness of the high banked racetrack. The Mooresville, N.C., native has been strong in his first year running on the STSS and looks to claim his first win with the STSS at Bridgeport.

Covington Township, Pa.’s Alex Yankowski bested the Modifieds elite in last years ‘Danny Serrano 100’ at Bridgeport Motorsports Park. Now, the recently turned 17-year-old vies to repeat his fate and claim another victory over the best the sport has to offer.

Horseheads, N.Y.’s Ajay Potzrebowski II is the current point leader, as he has been since his series opening win in the ‘Melvin L. Joseph Memorial’ at Georgetown Speedway.

The ‘South Jersey Shootout’ will be streamed live on FloRacing (www.floracing.tv).