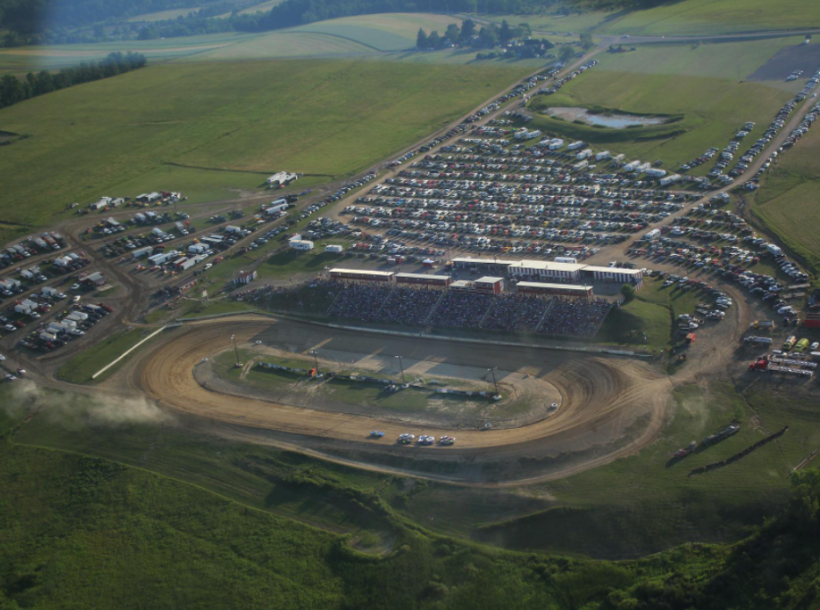 The ‘Hustlin the High Banks’ will be Round No. 7 of the Hurlock Auto & Speed North Region, with just three races remaining following the Woodhull event.

The 2021 edition of the ‘Hustlin the High Banks’ will be the fourth of its kind, and the first since August 9, 2018, when perennial Woodhull champion Billy Van Pelt won the main event.

Van Pelt, of Westfield, Pa., beat Matt Sheppard and Andy Bachetti to the checkered flag to claim his first and still his only STSS victory.

The year prior, it was Sheffield, Mass., native Bachetti claiming the 2017 edition, besting Middletown, N.Y.’s Anthony Perrego and another stout run from Savannah, N.Y.’s Sheppard.

The 2015 event was the inaugural STSS ‘Hustlin’ the High Banks’ and Sprakers, N.Y.’s Stewart Friesen was the first to tame the high-banked bullring, defeating Corning, N.Y.’s Dylan DeWert and Rochester, N.Y.’s Danny Johnson.

Now the STSS returns to the Western New York facility for the first time in three years, after the 2019 edition was rained out, and the 2020 event fell victim to COVID-19 restrictions.

The STSS Crate 602 Sportsman have made one appearance at the paperclip-shaped speedway, with Speedsville, N.Y.’s Dustin Jordan claiming the first and only checkered flag to date.

A full, event information sheet will be available in the coming days.