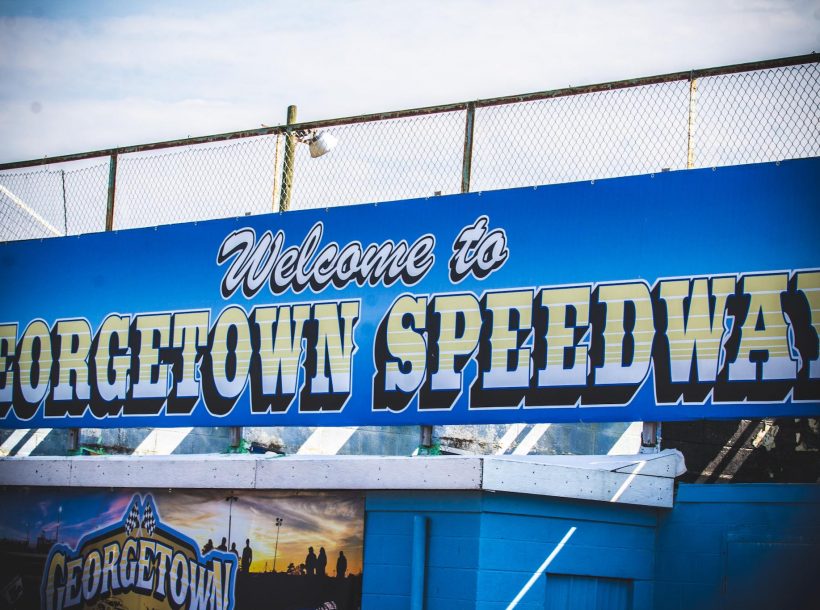 Tonight, the Bob Hilbert Sportswear Short Track Super Series Fueled by Sunoco heads back to Georgetown Speedway for the ‘Blast at the Beach’ presented by Melon 1 and Earth Movers LLC.

The famed Sussex County half-mile plays host to Round No. 7 of the Velocita-USA South Region presented by Design for Vision and Sunglass Central. The STSS big-block/small-block Modifieds go for battle in a 35-lap, $6,000-to-win main event.

Georgetown Speedway hosts its series leading 16th race in STSS history, and it’s second of three on the schedule in 2021.

The stars of the South Region last ran back on July 27 when Boyertown, Pa.’s Ryan Watt tackled the high banks of Bridgeport Motorsports Park for his first STSS win since 2018.

Picking up right there, Matt Sheppard comes into the ‘Blast at the Beach’ having won each of his last two appearances at Georgetown Speedway. Sheppard picked up his first career Georgetown win last October in the ‘Mid-Atlantic Championship’ and then again in this year’s ‘Melvin L. Joseph Memorial.’ The North Region point leader enters Georgetown in his top form looking to gain ground in the South Region.

The defending ‘Blast at the Beach’ winner Stewart Friesen is also the only two-time winner of the event, having also won back in 2016. The Sprakers, N.Y. native also has a chance to pick up the $2,000 ‘Stockley Tavern Double Down,’ after winning the ‘Diamond State 50’ back in April.

Frenchtown, N.J.’s Billy Pauch Jr. enters Georgetown having finished first and second each of the last two years in the late summer classic at Georgetown. The ‘Kid’s Kid’ is also the most recent winner at Georgetown, having claimed the 30-lap event on July 23.

Not often is Milford, Del.’s Jordan Watson a sleeper in southern Delaware events, however the hometown kid hasn’t had ‘lady luck’ on his side in recent months with the STSS. Watson, however, remains the only First State driver to claim STSS triumphs with both coming at Georgetown Speedway.

While he can be tough to consider a sleeper, Middletown, N.Y.’s Anthony Perrego often gets overlooked when the STSS comes to Georgetown. The 2018 ‘Blast at the Beach’ winner comes to Georgetown in the top three in both the North and South Region standings.

Sayreville, N.J.’s Dominick Buffalino comes to Georgetown still looking for his first standout performance with the STSS in 2021. Buffalino is a self-proclaimed fan of the bigger, faster racetracks, putting Georgetown Speedway right up his alley. Buffalino will look to show his big-track prowess tonight.

The Belmont’s Garage Crate 602 Sportsman will take part in Round No. 6 of their South Region.

Horseheads, N.Y.’s Ajay Potrzebowski II returns to the site of his lone STSS triumph as the South Region point leader.

The ‘Blast at the Beach’ will be streamed live on FloRacing (www.floracing.tv).