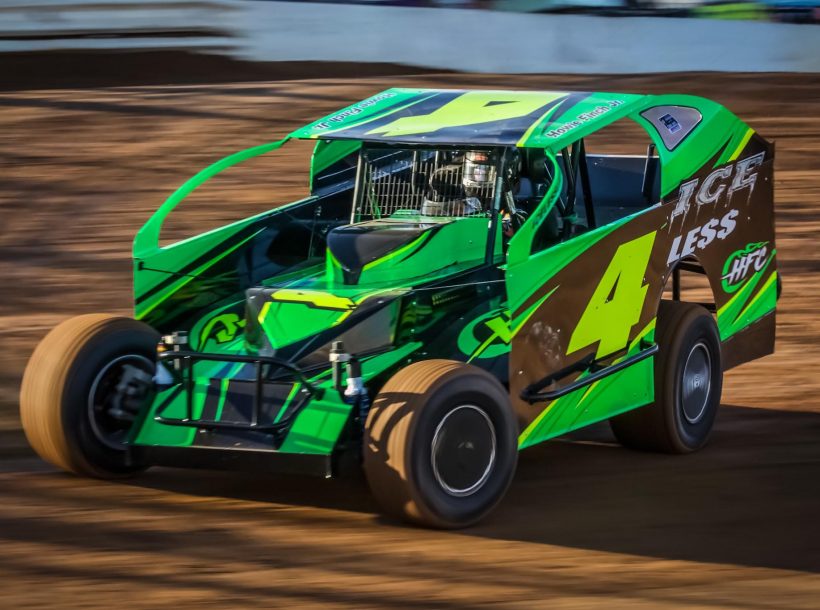 For the second consecutive year, Ice Less LLC will be the presenting sponsor for the Crate 602 Sportsman ‘Speed Showcase 50’ at Port Royal Speedway during the Oct. 14-16 weekend.

This time, the Bob Hilbert Sportswear Short Track Super Series (STSS) Fueled By Sunoco Crate 602 Sportsman will race for an even larger purse.

The largest purse in the history of the STSS for the Crate 602 Sportsman totals out at more than $15,000, eclipsing the previous year’s purse by nearly $5,000.

The runner-up will receive $2,000 for their efforts and drivers will now receive $200 to take the green flag in the 50-lap main event. A minimum of 36 cars will start.

The ‘Speed Showcase 50’ will stand as Round No. 7 of the Belmont’s Garage South Region, the penultimate race to the crowning of a champion.

The Crate 602 Sportsman are on the card all weekend in 2021, running practice laps on Behrent’s Performance Warehouse Preliminary night (Oct. 14), with fast timers in the second and third hot lap sessions going to the redraw for Saturday’s main event.

Saturday (Oct. 16), the Crate 602 Sportsman will run 12-lap B-Mains in a final attempt to qualify for the feature event, before the green flag drops on the 50-lap affair.

Pick up or delivered pricing can be offered from any of the three locations.