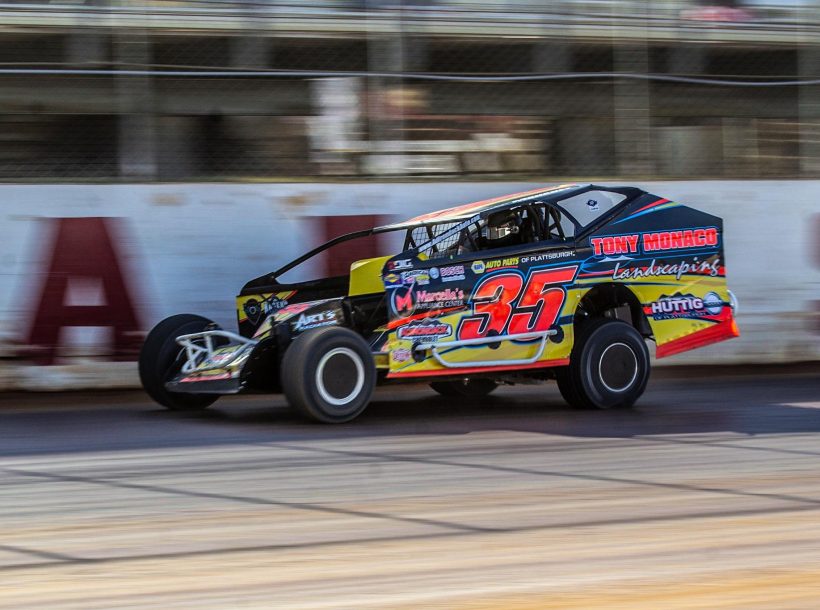 The Bob Hilbert Sportswear Short Track Super Series (STSS) Fueled By Sunoco returns to one of the finest racing facilities in the country this weekend for the ‘Speed Showcase 200’ weekend this Thursday-Saturday (Oct. 14-16).

The STSS Modifieds are set for a weekend of two points-paying races in three days at the ‘Speed Palace.’ Thursday’s Behrent’s Performance Warehouse Preliminary Night features a 40-lap, $5,500-to-win feature event for Round No. 8 of the Velocita-USA South Region presented by Design for Vision and Sunglass Central.

The following night, Bob Hilbert Sportswear presents Qualifying Night, leading into Saturday’s ‘Speed Showcase 200.’ The STSS Modifieds race for 200-laps around Port Royal Speedway in pursuit of a $50,000 payday, which serves as Round No. 9 of the South Region.

With just three races remaining on the STSS South Region, two drivers sit tied atop the Modified standings with the top five all within 66 points of one another.

King Ferry, N.Y.’s Mike Mahaney and Middletown, N.Y.’s Anthony Perrego sit at the head of the class as the ‘Speed Showcase’ weekend approaches.

Frenchtown, N.J.’s Billy Pauch Jr. has ridden a recent hot streak into the top-five, 66 points behind the top two.

In the seven South Region events thus far, seven different drivers have claimed wins, including four of the top five drivers in the South Region standings. Mike Mahaney, the co-point leader, is the only one to not win on the South Region thus far inside the front five.

In each of the last two STSS visits to the ‘Speed Palace,’ one of which being last year’s ‘Speed Showcase 200,’ St. Catharine’s, Ontario, Canada’s Mat Williamson claimed the victory.

Now, with the South Region championship in the balance, the STSS heads back to the Juniata County half-mile speedway for a weekend double dip.

The STSS Crate 602 Sportsman will also be on hand, for Round No. 7 of the Belmont’s Garage South Region.

The Sportsman will prelude the Modified main event on Saturday with a 50-lap, $4,000-to-win main event presented by Ice Less LLC.