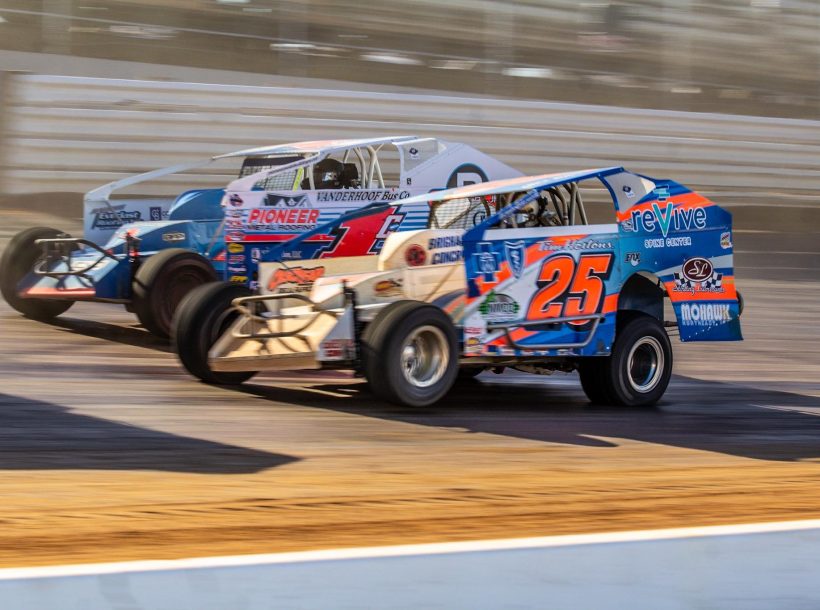 The Bob Hilbert Sportswear Short Track Super Series (STSS) Fueled By Sunoco heads to Port Royal Speedway for one of the biggest races in all of Northeast Modified racing.

With $50,000 going to the winner at the end of the ‘Speed Showcase 200,’ the Northeast’s biggest names will be in attendance in pursuit of the top prize.

In addition to the $50,000 grand prize, the top contenders on the Velocita-USA South Region presented by Design for Vision and Sunglass Central will continue their pursuit of the South Region championship over the course of the weekend.

The stars of the Empire State will be on display including the co-leaders of the South Region: Mike Mahaney and Anthony Perrego. Matt Sheppard, Stewart Friesen, Larry Wight and Erick Rudolph lead the New York brigade among others.

The co-championship pair from N.Y.’s Fonda Speedway – Rocky Warner and Ronnie Johnson – will challenge for a $50,000-plus payday.

Fresh off his first Short Track Super Series victory at Afton (N.Y.) Motorsports Park, Max McLaughlin will be in the field for the 200 with Norm Hansell’s No. 357.

The Keystone State will be well represented with the “Big Three” – Craig Von Dohren, Duane Howard and Jeff Strunk – driving a Terry Fasnacht No. 2X car – will be in attendance on Thursday, with Howard and Strunk sticking around for the entire weekend.

Veteran Frank Cozze has 200-lap victories on his resume and would like to bring home a Port Royal trophy.

The state of New Jersey will have its fair share of heavy hitters at the ‘Speed Showcase’ weekend. Bridgeport regulars Ryan Godown and Dominick Buffalino head to Port Royal with momentum as Godown was the track champion and Buffalino comes off winning the ‘Danny Serrano 100’ at the four-tenths mile.

Billy Pauch Jr., who resides fifth in STSS South Region points, will be in attendance looking for his second consecutive win on the South Region after winning the ‘Blast at the Beach’ at Georgetown (Del.) Speedway. Brandon Grosso, one of the stars of the 2018 ‘Speed Showcase 40,’ will be in attendance looking for the magic he had in the first STSS race at Port Royal Speedway.

The First State will be represented by four drivers looking for their first STSS Modified wins. Joseph Watson, Scott Hitchens, Ryan Riddle and Matt Smith are planning to represent the state of Delaware.

Massachusetts will have two representatives, including a former STSS champion and winner on the tour this season. Andy Bachetti, the winner of the ‘Icebreaker 40’ at Selinsgrove (Pa.) Speedway and Brett Haas are both registered for the weekend at the ‘Speed Palace.’

Defending winner Mat Williamson – who calls Canada home – will be on hand looking to take another $50,000 North of the border.

The weekend of racing kicks off on Thursday night (Oct. 14) with Behrent’s Performance Warehouse ‘Preliminary Night’ as the Modifieds battle for 40-laps and $5,500-to-win in the ‘Speed Showcase 40.’

The weekend concludes on Saturday (Oct. 16) for the ‘Speed Showcase 200’, as both the STSS Modifieds and STSS Crate 602 Sportsman run B-Mains to determine the final qualifiers for their respective main events.

The Crate 602 Sportsman first take part in the $4,000-to-win Ice Less LLC ‘Speed Showcase 50’ leading into one of the biggest races Modifieds have to offer. The ‘Speed Showcase 200,’ rounds out the night and weekend at Port Royal Speedway.

The entire weekend will be broadcast live on FloRacing (www.floracing.tv) as part of the annual subscription.