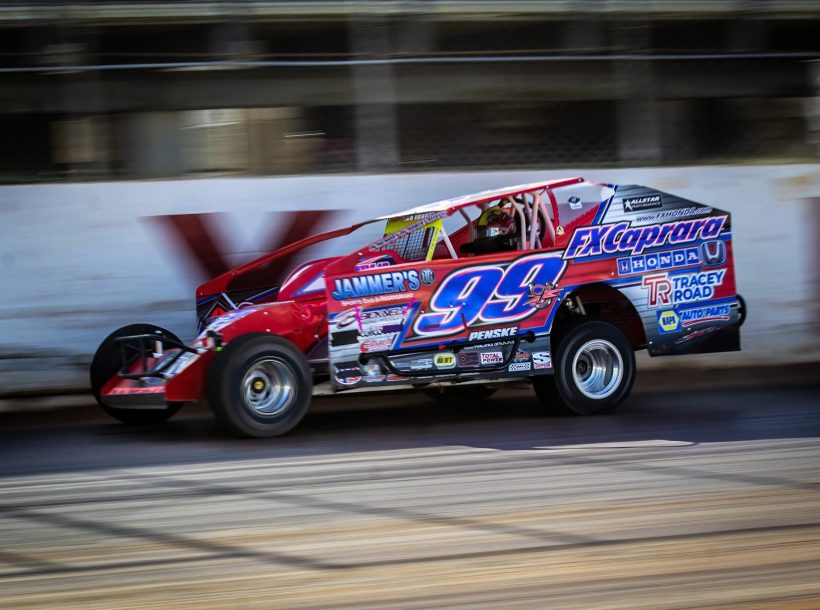 The sprawling half-mile Juniata County speedway hosts the STSS Modifieds for the sixth time in the last three years, with race No. 7 coming on Saturday night.

Tonight, the STSS big-block/small-block Modifieds battle for 40-laps in a $5,500-to-win, $400-to-start main event. The event serves as Round No. 8 of the Velocita-USA South Region presented by Design for Vision and Sunglass Central.

Behrent’s Performance Warehouse preliminary night sets the stage for the rest of the weekend, as drivers look to build momentum toward Saturday’s 200-lap, $50,000-to-win historic event.

Since 2018, Port Royal Speedway has already hosted the STSS five times, including the biggest Northeast Modified race in 2020, the inaugural ‘Speed Showcase 200.’

King Ferry, N.Y.’s Mike Mahaney and Middletown, N.Y.’s Anthony Perrego top the STSS South Region class entering the weekend, as the two are deadlocked atop the standings with a major weekend ahead.

Mat Williamson has come up aces in each of the last two visits for the STSS to Port Royal Speedway. Williamson claimed last year’s inaugural ‘Speed Showcase 200’ along with this year’s Spring edition of the ‘Speed Showcase 40.’ The man they call ‘Money’ will certainly be a factor with the purse up for grabs this weekend.

Matt Sheppard is the defending winner of this race. Sheppard kicked off the ‘Speed Showcase’ weekend in 2020 with a win in the preliminary night. Now, the Savannah, N.Y., native looks to cut into the 24-point deficit between himself and the South Region point leaders.

Frenchtown, N.J.’s Billy Pauch Jr. enters the weekend with most people only remembering his horrific crash in last year’s 200-lap affair. However, preliminary night in 2020 saw the ‘Kid’s Kid’ climb from the 22nd starting spot to finish runner-up. He’ll look to call on that performance again in 2021.

Phoenix, N.Y.’s Larry Wight will be at the ‘Speed Showcase’ weekend at Port Royal. While Williamson has been the star of the show in each of the last two STSS visits to the ‘Speed Palace,’ Wight has finished in the top five in both events. ‘Lightning Larry’ will look to continue his success on Thursday night.

Craig Von Dohren will be in attendance for tonight’s ‘Speed Showcase 40.’ Von Dohren showed himself well back in 2018, coming home with a top-five finish. Now the Oley, Pa., resident will look to show he can still hang with the best for a $5,500 payday.

Johnstown, N.Y.’s Rocky Warner is no stranger to bigger tracks. The Utica-Rome (N.Y.) Speedway regular and Fonda (N.Y.) Speedway champion will feel right at home for the 40-lap main event on a wide, fast half-mile. Warner was a two-time winner this season at his Friday night home and now will look to become the 32nd different STSS Modified winner.

The Modifieds will be the only division racing on Thursday night. The STSS Crate 602 Sportsman and New York based Pro Stock cars will be taking part in practice for their racing the remainder of the weekend.

The ‘Speed Showcase 40’ will be streamed LIVE on FloRacing (floracing.com).