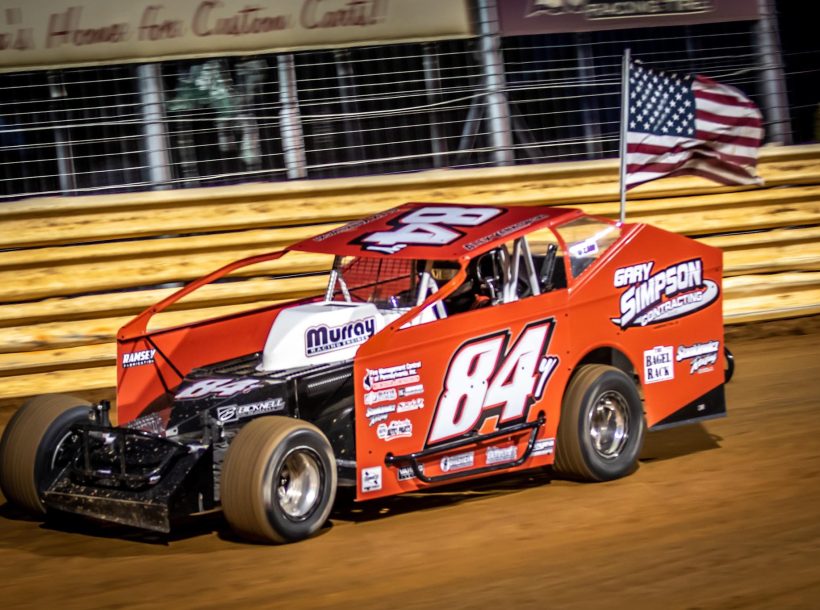 The STSS big-block/small-block Modifieds compete in the second annual ‘Speed Showcase 200,’ competing for the $50,000 grand prize at Port Royal Speedway.

The 200-lap headline event acts as Round No. 9 of the Velocita-USA South Region presented by Design for Vision and Sunglass Central.

The ‘Speed Showcase 200’ has quickly become one of the premiere events in Modified racing, with the state-of-the-art Port Royal Speedway acting as a worthy host for a historic event.

St. Catherines, Ontario, Canada’s Mat Williamson is the only driver to win multiple STSS races at the ‘Speed Palace’ in the six prior events since 2018.

Mike Mahaney has established himself as legitimate threat to claim the $50,000 top-prize. Mahaney followed up his Thursday night win with an equally impressive performance in his Dirt Track Digest qualifying event last night.

Frenchtown, N.J.’s Billy Pauch Jr. made a major adjustment to his racecar following his Preliminary Night performance. The change paid off, as the ‘Kid’s Kid’ raced from his eighth starting position to pick up the win.

Savannah, N.Y.’s Matt Sheppard was a late-race charger in last years ‘Speed Showcase 200.’ This year, ‘Super Matt’ showed speed coming from ninth to win his qualifying event. The Utica-Rome Speedway champion is always a threat to be in Victory Lane.

Ringoes, N.J.’s Ryan Godown has been one of the fastest cars all weekend. The ‘Ringoes Rocket’ grabbed a podium finish on Thursday and dominated his qualifier on Friday night. The Bridgeport (N.J.) Motorsports Park champion will look to take home his biggest win of his career.

Sprakers, N.Y.’s Stewart Friesen very rarely goes under the radar; however, the NASCAR Truck star had his Thursday night run cut short due to a mechanical failure and came from 10th to fourth in his Friday night qualifier. Friesen’s 2020 ‘Speed Showcase 200’ weekend started in similar fashion, but the Canadian still found a way to be a factor at the end as he often does.

Anthony Perrego has not had a strong start to his weekend at the ‘Speed Palace.’ After coming through the consolation on Thursday night for a top ten, Perrego had a mechanical failure on Friday and will once again be in a last chance qualifier. The 2019 ‘Speed Showcase 40’ winner will now look to come from deep in the field to claim the biggest win of his career.

Potsdam, N.Y.’s Michael Maresca dealt with major mechanical problems last year and has already gone through engine problems this weekend. Maresca jumped in his backup car and locked himself into the main event with an impressive qualifying run.

The STSS Crate 602 Sportsman will join the Modifieds in the Ice Less LLC ‘Speed Showcase 50’ paying $4,000-to-win. The event will be Round No. 7 of the Belmont’s Garage South Region.

Pit Admission is $45 (no license required).

The ‘Speed Showcase 200’ will be streamed LIVE on FloRacing (floracing.com).