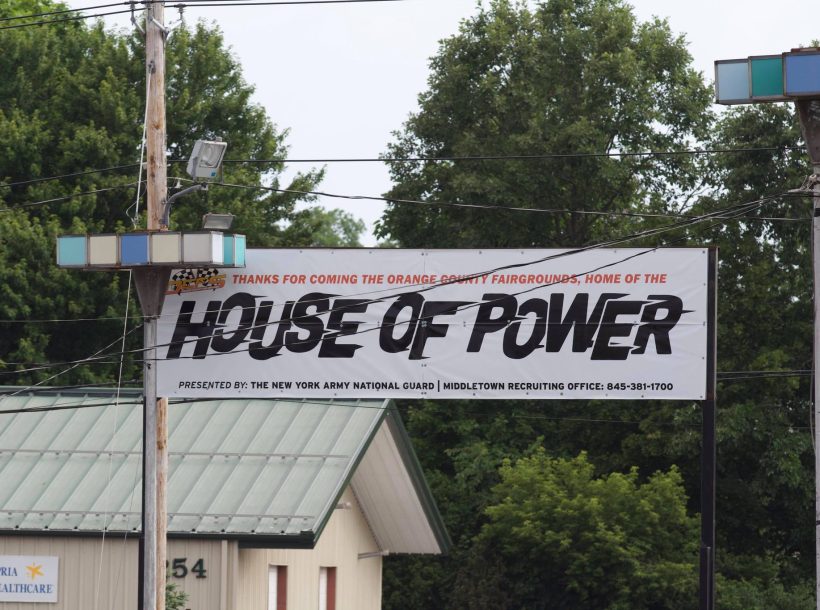 MIDDLETOWN, NY – It’s Race Day at The House of Power!

The Modifieds of the STSS run in a non-points event to kick off Orange County’s historic 60th Eastern States Weekend.

The Modifieds will race for 50 laps around the five-eighths mile for a $5,000 top prize to kick off one of racing’s biggest weekends. An increased $500 will be paid to take the green flag plus bonuses.

‘The Hard Clay Finale’ brings the STSS Modifieds back to Orange County Fair Speedway for the 10th time, the third track to reach double digit visits for the STSS.

The STSS returns to Orange County Fairgrounds for the first time since 2019, after being omitted from the schedule in the 2020 season.

Sprakers, N.Y.’s Stewart Friesen enters the ‘Hard Clay Finale’ having won four of the previous nine STSS visits to the ‘House of Power.’ Friesen also enters on a recent hot streak, winning two $50,000-to-win races in just over a month on the STSS.

Middletown, N.Y.’s Anthony Perrego heads to his home track as the 2021 champion in both the big-block and small-block Modified champion at Orange County. The two-time winner on the STSS in 2021 will be a strong contender to pick up number three on his home turf.

Centennial race winner Mat Williamson returns to OCFS for the ‘Hard Clay Finale’ at the controls of the Behrent’s Performance Warehouse No. 3. The Canadian is a past STSS winner and would like nothing more than to kick off Eastern States Weekend with a victory.

Phoenix, N.Y.’s Larry Wight heads to Orange County with not so fond memories of his last appearance with the STSS. Wight drove from the 24th starting position to cross the line second, only to come up light on the scales. Wight will be looking for one spot better and a few pounds heavier to avenge his 2019 disappointment.

Tyler Dippel has countless laps around the OCFS oval, having started his career in the region’s Sportsman division. Dippel will have spec power in the No. 1 for Friday’s event, but hopes to put his Teo-Pro car in Victory Lane.

Sheffield, Mass., driver Andy Bachetti has been successful with the STSS at the ‘House of Power.’ The first-ever STSS race took place right here at Orange County, and it was the ‘Wild Child’ claiming the historic victory. Bachetti and Friesen are the only multi-time STSS winners at OCFS.

The Will Cagle Race of Champions will take place on Friday night with the STSS Modifieds. The 24-lap invitational race will feature some of the stars of past and present battling in a feature only event. The Sportsman of ‘Eastern States Weekend’ will run their 50-lap, $5,000-to-win feature event as well.

Grandstand Admission is $35 for Reserved seating (Top-Four Rows) and $30 for General Admission. Drive-In Admission is Only Available for Three-Day Passholders at $110.

The ‘Hard Clay Finale’ will be streamed LIVE on FloRacing (www.floracing.tv) as part of the annual subscription.