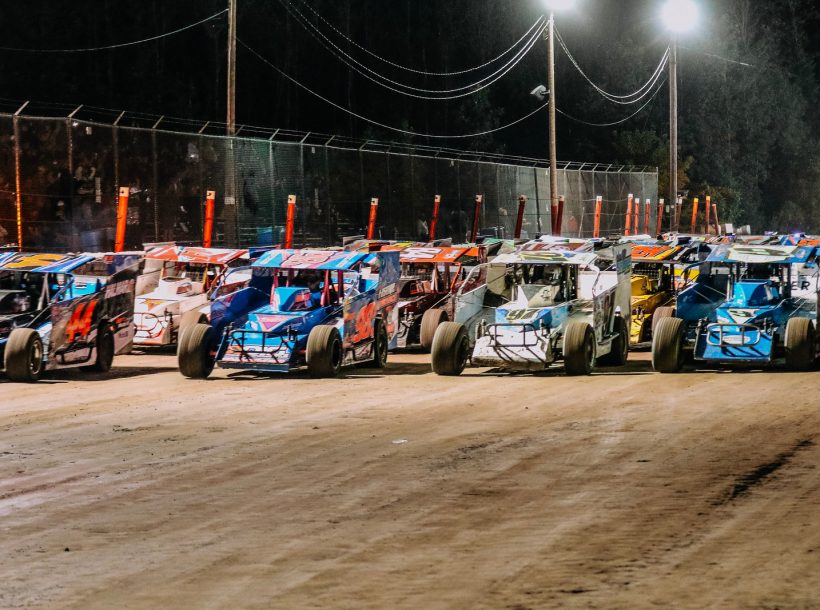 The 2021 season was a historic one for the Bob Hilbert Sportswear Short Track Super Series (STSS) Fueled By Sunoco.

It all started in late January when the STSS went to Bubba Raceway Park (Ocala, Fla.) for the first time in series history. Ransomville, N.Y.’s Erick Rudolph, Sprakers, N.Y.’s Stewart Friesen, and Boyertown, Pa.’s Mike Gular kicked off the STSS season with triumphs in the ‘Sunshine State.’

Rudolph returned to STSS Victory Lane 10 months later during the ‘Cajun Swing’ at Ark-La-Tex Speedway in Vivian, La., for his second series win of the season.

Friesen would go on to win seven STSS races in 2021, the most of any driver. Friesen not only won the most, but he also won the two most lucrative events of the season. The NASCAR Camping World Truck Series star won the ‘Fonda 200’ at Fonda (N.Y.) Speedway and the ‘Speed Showcase 200’ at Port Royal (Pa.) Speedway. The two events alone earned Friesen over $100,000 in purse money.

Not to be forgotten, Savannah, N.Y.’s Matt Sheppard was a six-time winner with the STSS in 2021. Of Sheppard’s six wins, three of which came in the heat of the summer on the Hurlock Auto & Speed North Region. The trio of wins carried Sheppard to the North Region championship title.

Three different drivers picked up their first career STSS wins in 2021. ‘The Hurricane’ Steve Paine, of Waterloo, N.Y., was the “first” of the first-timers. Paine led all 50 laps in the ‘Outlaw Showdown’ at Outlaw Speedway in Dundee, N.Y., defending his home turf and upending the stars of the STSS.

Mike Mahaney ended up as the most successful first-time winner. The King Ferry, N.Y., native won the ‘Speed Showcase 50’ at Port Royal Speedway. Mahaney used the triumph as momentum to pick up the Velocita-USA South Region presented by Design for Vision and Sunglass Central $10,000 championship.

Several drivers snapped winless droughts of over a year in the 2021 season. Middletown, N.Y.’s Anthony Perrego won twice in ’21 (N.J.’s New Egypt Speedway and N.Y.’s Accord Speedway), his first STSS wins since March of 2019.

Boyertown, Pa.’s Ryan Watt won the first STSS race on the newly configured Bridgeport (N.J.) Motorsports Park for his first win on the series since October of 2018 when he won the South Region championship.

Andy Bachetti returned to STSS Victory Lane in March at the first-ever series race held at Selinsgrove (Pa.) Speedway. The win was the Sheffield, Mass., driver’s first series win since July of 2019.

Bechtelsville, Pa.’s Jeff Strunk won the rain-shortened ‘Battle at Bloomsburg’ in July for his first win in over three years. The win was a historic one, as it was the first Modified race contested at the all-new Bloomsburg (Pa.) Fair Raceway.

Ringoes, N.J.’s Ryan Godown snapped the longest streak of any driver. The ‘Ringoes Rocket’ entered the ‘Cajun Swing’ having not won with the STSS since October 2017. Godown responded with two wins in the ‘Bayou State’ and the Cajun Swing championship, taking the checkered first at Boothill Speedway in Greenwood, La., and The Rev in Monroe, La.

Canadian super star Mat Williamson won when the STSS visited Port Royal Speedway in March for his second career series victory. Both of Williamson’s wins with the Behrent’s Performance Warehouse team have taken place at the ‘Speed Palace’ on the Juniata County Fairgrounds.

Twenty-nine of the scheduled 31 events were contested in 2021 by the STSS spanning across six different states and 11 months of the year.