Are You Elite? Registrations Pouring in for ‘Rebel 50’ at Cherokee Speedway 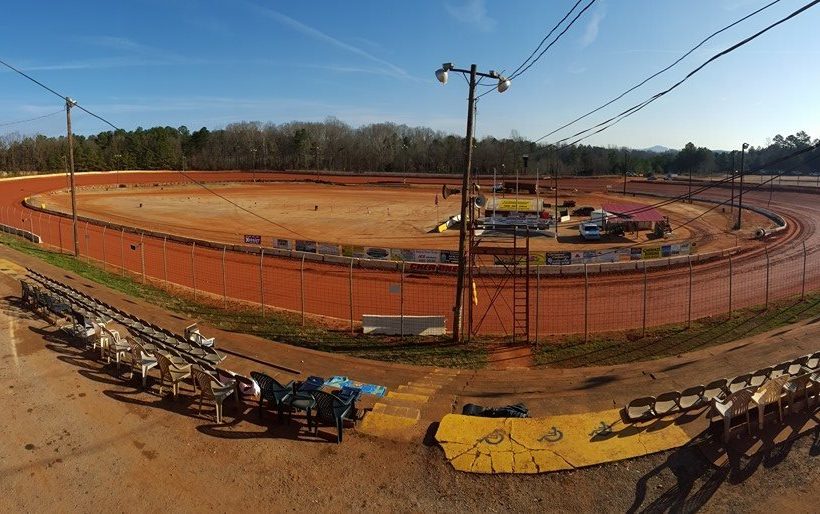 GAFFNEY, SC – Are you elite?

The first ‘Elite’ event culminates with the ‘Rebel 50’ at the ‘Place Your Mama Warned You About’ featuring a $25,000-to-win, 50-lap main for the STSS Modifieds with a total pay structure of more than $80,000. STSS Crate 602 Sportsman join their Modified counterparts at Cherokee for the historic program.

The six-race ‘Elite’ series, kicking off at the Gaffney, S.C., Cherokee oval, has attracted the attention of the sport’s biggest stars in addition to actor, musician and part-time racer John Schneider best known for his role as ‘Bo Duke’ in the television series the Dukes of Hazzard. Schneider will serve as the Grand Marshal for the event and appear on Saturday.

St. Catharines, Ont.’s Mat Williamson was among the first to register for the inaugural ‘Elite’ series event with the Behrent’s Performance Warehouse No. 3. The man dubbed ‘Money Mat’ for his successes in high-paying races fits the bill as a favorite for a series with six races paying a minimum of $25,000 to win.

Duanesburg, N.Y.’s Ronnie Johnson signed up to compete in the ‘Rebel 50’ at Cherokee and the remainder of the ‘Elite’ program. The Fonda (N.Y.) Speedway favorite comes off a co-championship season at the ‘Track of Champions’ and hopes to sustain his success on American Racer tires throughout the six-race series.

The ‘Kid’s Kid’ Billy Pauch Jr. will chase the entire Halmar International ‘Elite’ program with the Rick Holsten No. 96 team. The Frenchtown, N.J., driver certainly eyes Georgetown (Del.) Speedway as a schedule highlight but is poised to be a contender on the Cherokee red clay.

Sprakers, N.Y.’s Stewart Friesen won the only prior STSS Modified race at Cherokee Speedway when the STSS visited in May 2020 while the Northeast was sidelined by COVID restrictions. The all-time winningest STSS Modified driver is set to make his mark on the all-new high-paying ‘Elite’ series.

Boyertown, Pa.’s Ryan Watt has won a trio of STSS South Region championships with six career victories along the way. Watt will head to Cherokee Speedway for the first-time looking to claim the $25,000 winner’s share.

A rookie on the ’21 STSS tour, East Greenbush, N.Y.’s Bobby Hackel looks to build upon his rookie season and become ‘Elite.’ With a new engine package and experience gained, Hackel will look to steal the top prize from many of the top contenders.

Neshanic Station, N.J.’s Jimmy Horton will go down as one of the greatest to ever get behind the wheel of a Modified with 465 career victories. The ‘Sensational One’ isn’t ready to go away quietly however, as the immortal looks to turn back the clock and claim the $25,000 payday.

After a year racing part-time, Woodbury Heights, N.J.’s Richie Pratt Jr. is back behind the wheel of the Dan Sommeling-owned No. 51. Pratt Jr. and the Sommeling team were winners with the STSS during the ‘Return to Racing’ at Tri-County Racetrack in North Carolina the night before the STSS visited Cherokee Speedway in ‘20. The Pratt/Sommeling combo will look to bring their mojo to the other side of the Carolina border for a $25,000 victory.

Brett Haas of Pittsfield, Mass., who earned a top-10 points finish in his first full STSS North Region season a year ago, will chase both ‘Elite’ and North points starting at Cherokee in the Dave Prime Jr. MAC Tools-sponsored No. 55.

Car registration and advance three-day pit passes can be purchased online at the following link: https://www.eventbrite.com/e/rebel-50-tickets-231044258597

A complete ‘Rebel 50’ information center has been posted on the web at the following link: https://shorttracksuperseries.com/event-info.