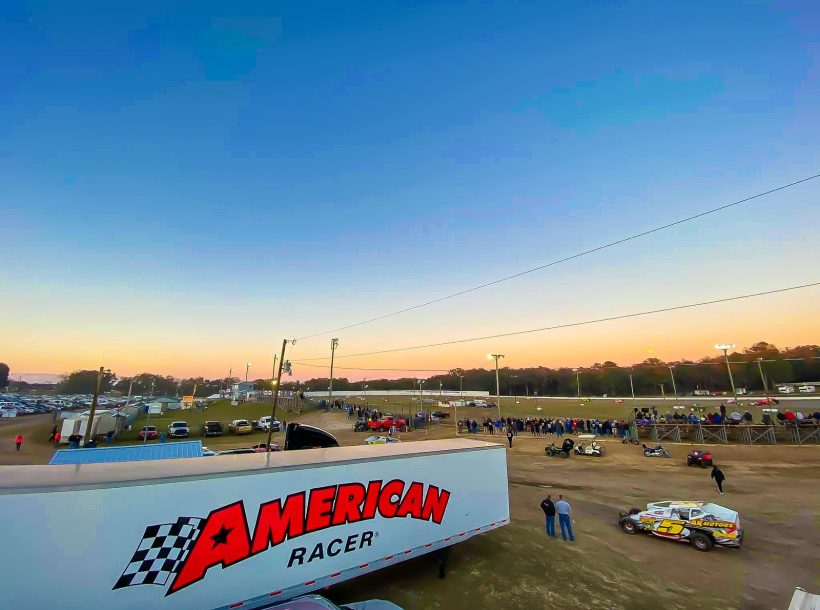 The new campaign begins at All-Tech Raceway in Lake City, Fla., where the STSS heads for the second time in three years to lift the lid on the tour in the Sunshine State.

The STSS big-block/small-block Modifieds and STSS Crate 602 Sportsman will take part in four nights of action in the third annual ‘Sunshine Swing’ at Wendell Durrance’s facility.

The STSS returns to one of its home bases two weeks later. Georgetown (Del.) Speedway hosts Round No. 2 of the Halmar International ‘Elite’ Series and the opening Round of the Hurlock Auto & Speed Supply South Region.

Racing continues one week later, as the STSS heads to Central Pennsylvania for another ‘two-step’ in the Keystone State.

The following day the STSS Modifieds travel to the ‘Speed Palace’ at Pa.’s Port Royal Speedway. The race will be Round No. 3 of the Hurlock Auto & Speed Supply South Region for the Modifieds and a prelude to the Halmar International ‘Elite’ Series race at Port Royal in October.

The ‘Legendary House of Power’ hosts the opening round of the River Valley Builders North Region for the STSS Modifieds and the third round of the ‘Elite’ Series.

The April 2 event serves as the third of its kind, paying another $25,000 to the winner of the 50-lap main event for the STSS Modifieds.

Complete STSS schedules for both the Modifieds and Crate 602 Sportsman can be found on the series website.

All STSS events will again be streamed live on FloRacing (www.floracing.tv) produced by the Dirt Track Digest TV production team.