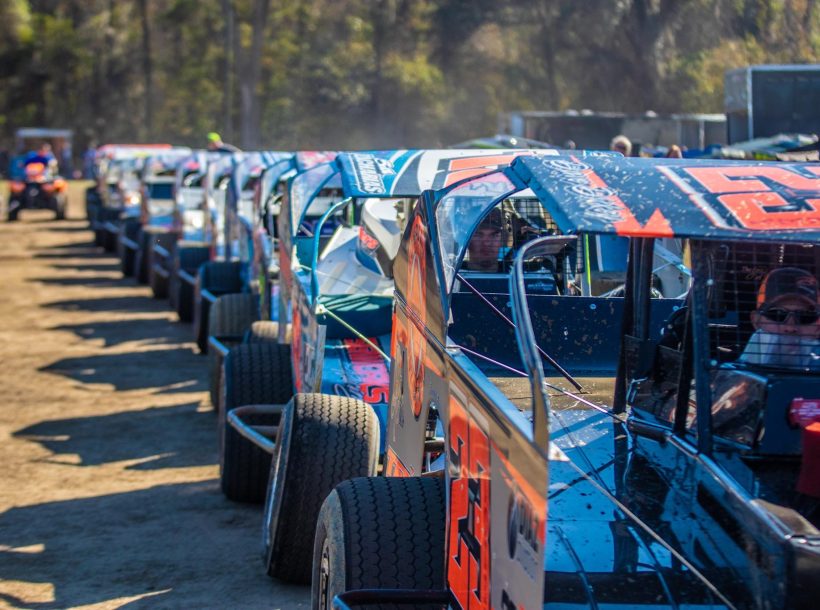 The stakes raise for tonight, as the STSS big-block/small-block Modifieds go for 35 laps and a $5,000 payday.

After a fantastic feature event last night, the stage is set, and anticipation is high for tonight’s main event. Wendell Durrance’s top-notch All-Tech Raceway presented the racers with a phenomenal racing surface for the ‘Sunshine Swing’ opener.

Sprakers, N.Y.’s Stewart Friesen will look to rebound from a crash while running inside the top-five in the last five laps of the opening event.

Erick Rudolph began his ‘Sunshine Swing’ title defense with a strong fourth-place run. The Ransomville, N.Y., native will look to get stronger as the week goes along.

Matt Sheppard began his Florida swing on the right note with his dramatic victory. After a back-and-forth battle with both Billy Pauch Jr. and Michael Maresca, Sheppard came out victorious.

Pauch Jr., a Frenchtown, N.J., native, came up just shy of his first career STSS victory in Florida. A late-race yellow killed the ‘Kid’s Kid’ momentum, causing him to settle for second in the opener.

Maresca’s luck ran out around the halfway mark of the 30-lap affair. The Potsdam, N.Y. native had one of the fastest cars in the pit area, but damage from contact with a lapped car led to Maresca’s demise.

Milford, Del.’s Jordan Watson raced his way to the Wegner Automotive ‘Hard Charger’ award. Watson started from the 28th position and ended up with a sixth-place finish.

Matt Stangle showed speed all day on Wednesday. The Neshanic Station, N.J., driver won his heat race and started from the third position, but a bad early break sent Stangle’s in the wrong direction.

‘The Doctor,’ Danny Johnson raced his Tim Gibson No. 27J to a seventh-place run on the first night. The Phelps, N.Y., legend will look to find a little bit more speed as the week moves along.