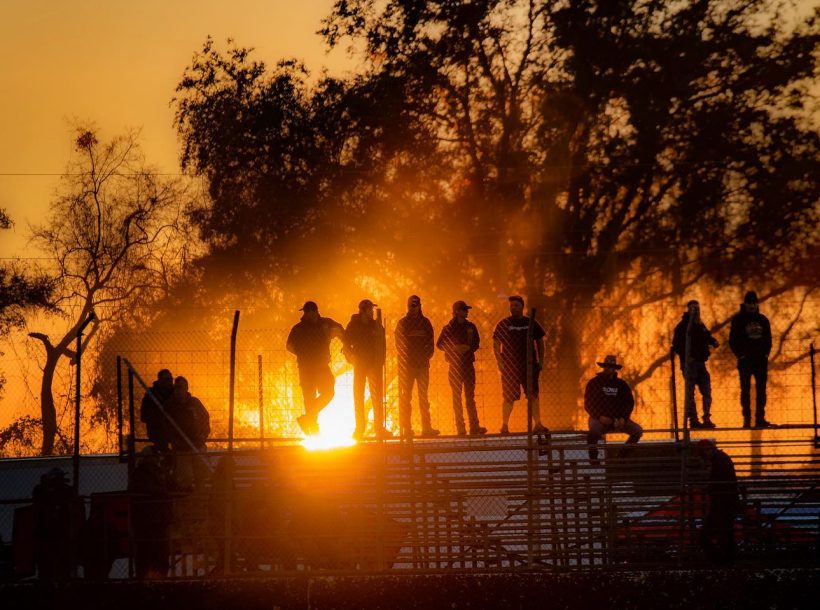 It’s Day No. 3 of the ‘Sunshine Swing’ for the Bob Hilbert Sportswear Short Track Super Series (STSS) Fueled By Sunoco.

Once again, the stakes rise in the third edition, as the Modifieds chase a $6,000 payday in a 40-lap feature.

Ransomville, N.Y.’s Erick Rudolph continues his strong performances in the Sunshine State, picking up a runner-up finish in Night No. 2, moving him to second in ‘Sunshine Swing’ points, five markers out of first.

Rudolph sits behind Billy Pauch Jr. in the ’22 ‘Sunshine Swing’ standings. The Frenchtown, N.J., native backed up his Night No. 1 runner-up with another podium run on Night No. 2.

Rochester, N.Y.’s Danny Johnson has demonstrated a resurgence with the Tim Gibson-owned No. 27J. ‘The Doctor’ now has two top-10 finishes to his credit this week.

Frenchtown, N.J.’s Billy Pauch Jr. continues to run well in the state of Florida. Back-to-back podium finishes have the ‘Kid’s Kid’ looking down on the rest of the field in ‘Sunshine Swing’ standings. He has also claimed heat race wins each of the first two nights.

Larry Wight continues his strong showings at All-Tech Raceway. Wight now has top-fives in four of his five races at the half-mile speedway. Wight joins Rudolph in the chase to catch Pauch Jr. at the top of the standings.

Horseheads, N.Y.’s Tyler Siri has put together two impressive performances to open the ‘Sunshine Swing.’ Siri has been one of the fastest cars in heat races for each of the first two nights and translated it to a seventh-place run on Night No. 2.

Pipersville, Pa.’s Danny Bouc made massive gains from Wednesday to Thursday. Bouc was the last car to qualify on the opening night, to making the redraw. Bouc will look to continue the improvements to find himself in contention the rest of the week.