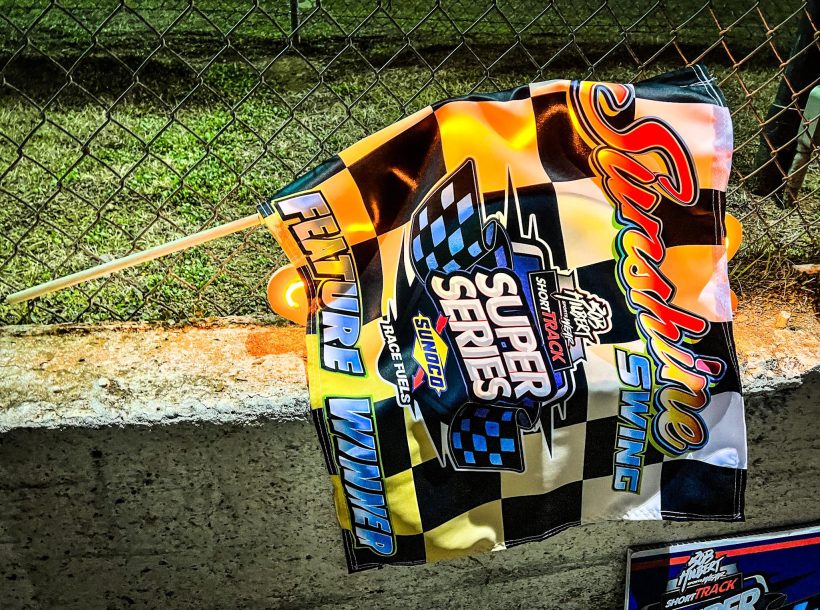 It’s the fourth and final day of the 2022 ‘Sunshine Swing’ at All-Tech Raceway for the Bob Hilbert Sportswear Short Track Super Series (STSS) Fueled By Sunoco.

Tonight’s ‘Sunshine Swing’ finale is the longest and highest paying event of the week, at 50-laps and $8,000 to the first across the finish line.

Phoenix, N.Y.’s Larry Wight leads a trio of drivers at the top of the ‘Sunshine Swing’ standings, following a runner-up finish last night.

The final night of the ‘Sunshine Swing’ will carry championship points, moving from a 100-point scale to a 150-point scale.

Larry Wight continues to take a shine to the half-mile speedway. Wight now has finished in the top five in all three races thus far this week, including his win on night No. 2.

Frenchtown, N.J.’s Billy Pauch Jr. is another driver continuing to excel at All-Tech Raceway this week. Pauch Jr.’s fourth-place run on night No. 3 leaves him five points behind Wight for the ‘Sunshine Swing’ championship.

King Ferry, N.Y.’s Mike Mahaney has had a rough opening week to his 2022 season at All-Tech Raceway. Mahaney however found his rhythm in the 40-lap night No. 3 feature, coming from 28th starting position to finish eighth.

Bechtelsville, Pa.’s Jeff Strunk made great strides in the Jeff Brown-owned No. 9 car. Strunk raced his way into the seventh position before mechanical issues ended his night early.

Wurtsboro, N.Y.’s Danny Creeden has had an up-and-down ‘Sunshine Swing’ thus far. Creeden has shown the speed to run up front in spurts and will look to put it all together for the finale.