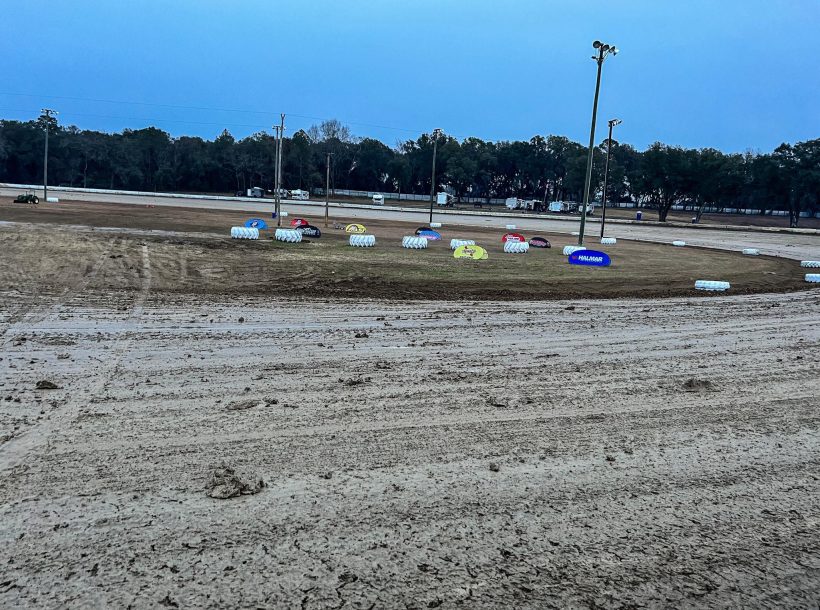 LAKE CITY, FL – The final night of the ‘Sunshine Swing’ at All-Tech Raceway was canceled due to persistent showers beginning in the late afternoon and continuing into the evening.

A beautifully forecasted day turned gloomy around the 3 p.m. hour, annexing the final night of racing for the Bob Hilbert Sportswear Short Track Super Series (STSS) Fueled By Sunoco in the Sunshine State.

With the cancellation, Phoenix, N.Y.’s Larry Wight was crowned as the ‘Sunshine Swing’ champion for the STSS big-block/small-block modifieds.

Wight’s week consisted of one win, a runner-up, and a fifth-place finish, which came after spinning out early in the race.

Savannah, N.Y.’s Matt Sheppard – the opening night winner – and Rochester, N.Y.’s Danny Johnson rounded out the top-five in points for the week.

Mike Maresca, of Potsdam, N.Y., was the third and final winner of the week on Friday night.

Spencertown, N.Y.’s Dylan Madsen, who was competing in his first set of STSS races, was crowned as the STSS Crate 602 Sportsman champion after finishing in the top-five of all three races.

Next up, the STSS heads to Cherokee Speedway in Gaffney, S.C., for the inaugural Halmar International ‘Elite’ Series event.

The weekend begins on February 24 with a practice night for both the STSS Modifieds and STSS Crate 602 Sportsman along with any other drivers wishing to participate.

Sunday (Feb. 27) is reserved as a rain date for the weekend.

A full information site has been made available for the week of racing for both the STSS Modifieds and STSS Crate 602 Sportsman on the series website.