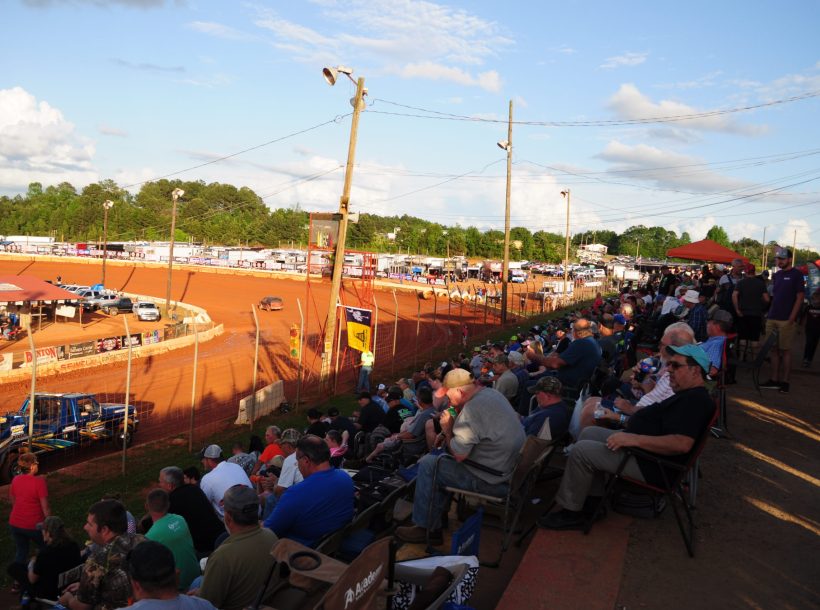 The Bob Hilbert Sportswear Short Track Super Series (STSS) Fueled By Sunoco heads back to Cherokee Speedway in Gaffney, S.C., for the second time in its history Thurs.-Sat. Feb. 24-26.

This time around, the debut of the STSS Halmar International ‘Elite’ Series has generated a buzz among competitors and fans.

Sprakers, N.Y.’s Stewart Friesen claimed the inaugural STSS event at Cherokee back in May 2020 during the ‘Return to Racing’ after the COVID-19 pandemic shut down much of the northeast.

The event was scheduled the day after the STSS took a two-day swing at Tri-County Racetrack in Brasstown, N.C. The Cherokee event was the first to allow full crowd attendance after COVID restrictions were instituted in March.

Friesen was triumphant in the 40-lap, $4,000-to-win main event, slipping by Phoenix, N.Y.’s Larry Wight in the late stages to take his second victory in three days.

Ransomville, N.Y.’s Erick Rudolph also made a late-race pass to get by Wight and claim second. Wight settled in for third with Weedsport, N.Y.’s Peter Britten taking fourth and Wurtsboro, N.Y.’s Danny Creeden rounding out the top five.

This time around, the stakes are much greater with a total purse of over $80,000 on the line in the 50-lapper that represents the historic debut of the Halmar International ‘Elite’ Series.

On Friday (Feb. 25), Penske Racing Shocks presents ‘Qualifying Night,’ with even more cash on the line. The STSS big-block/small-block Modifieds will race in 20-lap qualifiers for $1,000-to-win and $200 to take the green.

The STSS Crate 602 Sportsman will also be on hand for a non-points event in their second appearance at the Gaffney facility.

The STSS Crate 602 Sportsman are preparing for a 30-lap feature event that pays $2,000 to the first driver under the Sunoco checkered flags. Their qualifying races will be 15 laps in distance for a $500 top prize and $100 to take the green.

A complete ‘Rebel 50’ information center has been posted on the web at the following link: https://shorttracksuperseries.com/event-info.