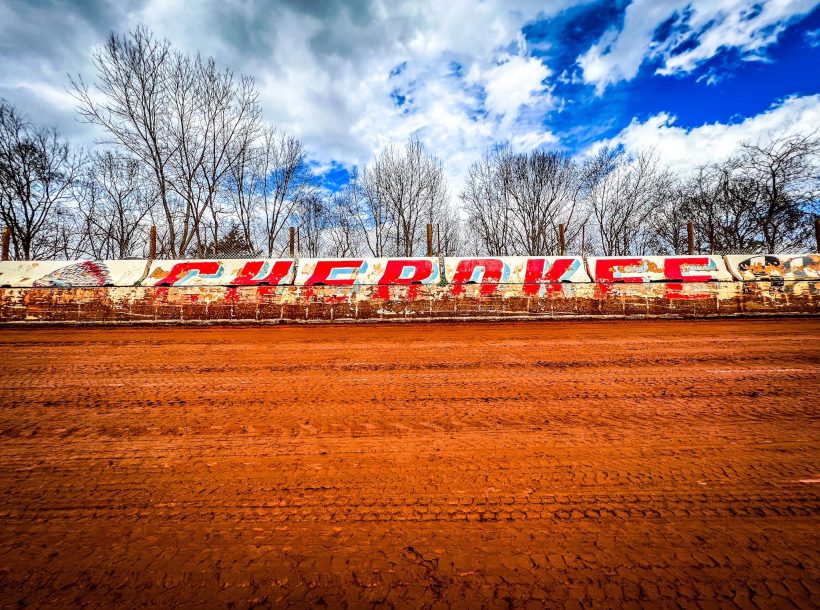 Gaffney, S.C.’s Cherokee Speedway plays host to the ‘Rebel 50,’ as the STSS big-block/small-block Modifieds race for a $25,000 grand prize in the 50-lap main event.

“The Place Your Mama Warned You About” hosts the STSS Modifieds for the second time in history. Cherokee Speedway was the site of a series race in the ‘Return to Racing’ swing in the 2020 calendar year.

The much-publicized Halmar International ‘Elite’ Series makes its debut tonight. The first of the six-race mini-series lays the foundation for drivers to chase the $25,000 championship prize.

American Racer tires are going to be an essential part of tonight’s ‘Rebel 50.’ Teams have been planning their strategies for a mid-race pit stop should there need to be tire changes during the 50-lap affair.

Sprakers, N.Y.’s Stewart Friesen claimed the victory when the STSS appeared at Cherokee Speedway in 2020. Friesen used a late-race pass to leave the Palmetto State $4,000 richer. This time around, the stakes are much higher for Friesen and the rest of the STSS field.

Friesen’s dominance at Cherokee in the short history for the STSS has been impressive. Friesen not only won the 40-lap feature two years ago, but he also won his heat race, making the all-time winningest STSS driver three-for-three in STSS races at Cherokee after his qualifying win last night.

Michael Maresca has continued his potent start to the STSS season. After winning in Florida, the Potsdam, N.Y., native topped the speed charts in one of Thursday nights practice sessions and raced his way into a redraw spot for tonight’s ‘Rebel 50.’ Maresca will be looking for win No. 2 with the STSS early in the season.

East Greenbush, N.Y.’s Bobby Hackel continues to turn heads at each STSS race he enters. Hackel rose from his fourth starting position to lead much of his qualifying race. A late race restart shuffled Hackel back to a third-place finish, good enough to keep him in a redraw spot.

Middletown, N.Y.’s Anthony Perrego had a rotten start to his week. Perrego crashed in his practice session and then spent all of Friday morning thrashing to fix the car. After doing so, Perrego proceeded to pull 75 in the pre-race draw for heat race starting position. Perrego turned it around however, coming from 15th to finish sixth. He’ll go from the pole of his B-main tonight.

Frenchtown, N.J.’s Billy Pauch Jr. drove from 12th to fifth in his 20-lap qualifier. The ‘Kid’s Kid’ also put the fastest lap down overall in Thursday night’s practice sessions. Billy Jr. will be coming from deep in the field in search of the $25,000 payday.

The Mid-East Street Stocks ($1,500 to win) will be on hand for the second consecutive night and the SHARP Mini Late Models ($1,000 to win) will run full programs to round out the night.

All gates open at 2 p.m. for the Saturday program.

John Schneider, the actor who played Bo Duke in the hit TV show ‘Dukes of Hazzard,’ will be on hand for Saturday’s program, with a meet and greet at his merchandise trailer from 3-4 p.m.