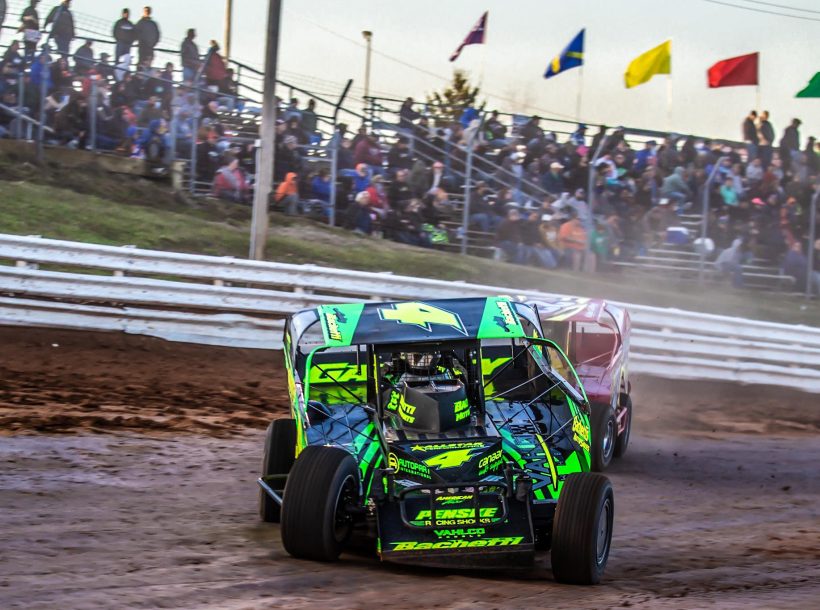 Next on tap for the STSS is the ‘Keystone State Double,’ as the stars travel to Central Pennsylvania, visiting Selinsgrove Speedway (Saturday, March 19) and Port Royal Speedway (Sunday, March 20) to open the Hurlock Auto & Speed Supply South Region.

Selinsgrove Speedway hosts the STSS for the second time in history, with the second running of the ‘Icebreaker.’ Sheffield, Mass., star Andy Bachetti claimed the series’ first-ever visit to the Snyder County half-mile in March 2021.

This year’s ‘Icebreaker’ once again pays $5,000 to win, with a boosted $500 to take the green. The eighth STSS Modified appearance at Port Royal Speedway will also pay $5,000 to win and $500 to start. Both events are 40 laps in distance.

The spring version of the ‘Speed Showcase 40’ hosted by the ‘Speed Palace’ is the third of its kind.

Five of the previous seven appearances at the Juniata County half-mile have taken place in the month of October.

St. Catherines, Ont., resident Mat Williamson is the only two-time STSS winner at Port Royal, claiming back-to-back victories in October of 2020 and March of 2021. Williamson’s 2020 triumph came in the inaugural ‘Speed Showcase 200’ which paid him $53,000.

Middletown, N.Y.’s Anthony Perrego is the only other Port Royal winner in the spring, claiming the first March event in 2018 in a classic battle over Matt Sheppard.

Sheppard claimed his ‘Speed Palace’ victory in October of 2020, during the ‘Speed Showcase’ weekend Thursday night.

King Ferry, N.Y.’s Mike Mahaney, the defending South Region champion, used a win during the ‘Speed Showcase’ weekend of 2021 to vault himself to his STSS championship.

Boyertown, Pa.’s Ryan Watt was the first-ever STSS winner at Port Royal, picking up the inaugural victory in October of 2018.

On Sunday, the ULMS Super Late Models join the STSS Modifieds at Port Royal for a double-headline show.

A complete information center including, times, prices, rules and pay structures for both the ‘Icebreaker’ and the ‘Speed Showcase’ is available at: https://shorttracksuperseries.com/event-info/.