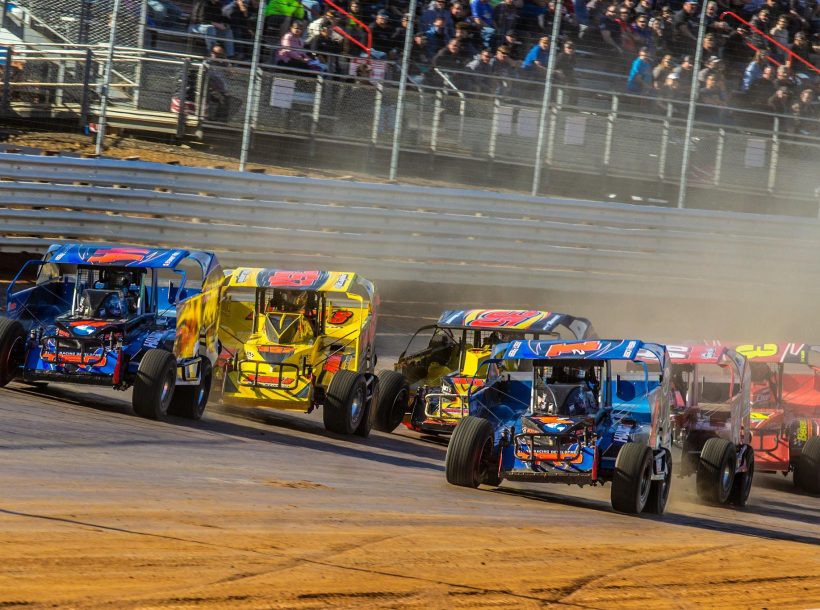 The Spring edition of the ‘Speed Showcase’ at the Speed Palace features a $5,000 grand prize for the winner of the 40-lap feature event.

The STSS Modifieds will be joined by the ULMS Late Models and the Weikert’s Livestock 410 Sprint Cars, giving Central Pennsylvania fans all three headline divisions.

Today is “take three” for the opener of the Hurlock Auto & Speed Supply South Region for the STSS big-block/small-block Modifieds. The first two attempts fell by the wayside due to poor forecasts at the Georgetown and Selinsgrove Speedway’s for the STSS South Region opener.

The STSS has hosted seven different events at the ‘Speed Palace,’ including two different $50,000-to-win feature events, with the third edition taking place this October.

Sprakers, N.Y.’s Stewart Friesen was the winner the last time the STSS visited Port Royal Speedway, claiming the $50,000 payday in October of 2021.

St. Catherines, Ontario, Canada’s Mat Williamson remains a favorite at Port Royal Speedway. ‘Money’ Mat is still the only multi-time STSS winner at the ‘Speed Palace’ including the inaugural ‘Speed Showcase 200’ back in 2020.

Sprakers, N.Y.’s Stewart Friesen is the most recent winner at the ‘Speed Palace’ taking home $50,000 last October. Friesen hopes to turn around his rough start to 2022 on the Port Royal red clay.

Ringoes, N.J.’s Ryan Godown has been red hot with the STSS. The ‘Ringoes Rocket’ was the ‘Cajun Swing’ champion at the end of 2021. He also claimed the ‘Rebel 50’ win at Cherokee Speedway in the inaugural Halmar International ‘Elite’ Series event.

Potsdam, N.Y.’s Michael Maresca has gotten off to an outstanding start to begin his 2022 campaign. Maresca has claimed two top-five finishes thus far in STSS races in 2022, including his first STSS victory.

Middletown, N.Y.’s Anthony Perrego won when the STSS visited Port Royal Speedway in March of 2019. Perrego also claimed a top-five in the inaugural ‘Speed Showcase 200’ in 2020.

Matt Stangle surprised a lot of people at the ‘Speed Showcase 200’ last fall, claiming a podium finish. The Neshanic Station, N.J., native will look to run two spots in the Spring ‘Speed Showcase 40.’

As previously mentioned, the ULMS Super Late Models and 410 Sprint Car stars of the ‘Pennsylvania Posse’ will join the STSS Modifieds for a full day of headline divisions.

The Spring ‘Speed Showcase 40’ will be streamed LIVE on FloRacing (floracing.com).