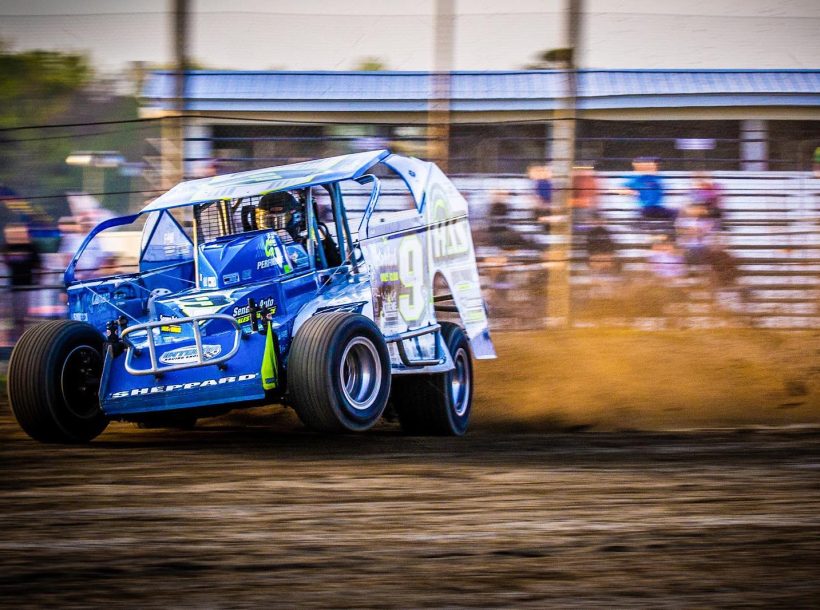 The yearly event returns to the half-mile clay oval on the First State side of the Delaware-Maryland border as the STSS Modifieds race for 50 laps and a $5,000-plus top prize on Tuesday, April 26.

The ‘Diamond State 50’ has evolved since its inception in 1999 when Gary Stuhler won the inaugural Modified vs. Late Model event. The event changed in 2002, splitting the Modifieds and Late Models into two separate races.

Running the Modifieds and Late Models separate lasted from 2002 until 2005, when Delaware International Speedway nixed the annual event, until partnering with the Short Track Super Series to bring the ‘Diamond State 50’ back in 2015.

The Cathell family’s half-mile has hosted the ‘Diamond State 50’ under STSS sanctioning every year since the 2015 edition when Milford, N.J.’s David Van Horn Jr. won his first and only STSS race.

Fellow Empire State star Matt Sheppard preceded Friesen’s back-to-back wins with a pair of victories of his own in 2018 and 2019.

Boyertown, Pa.’s Ryan Watt is the only other driver to win the ‘Diamond State 50’ under STSS sanctioning, claiming the 2017 edition on his way to the South Region championship.

Joining the STSS Modifieds will be the STSS Crate 602 Sportsman going for 25 laps in pursuit of a $1,500 top prize. The race will be the third attempt at Round No. 1 of the Belmont’s Garage South Region, after the previous two attempts fell by the wayside due to rain at Georgetown (Del.) Speedway and Selinsgrove (Pa.) Speedway.

Wednesday, April 27 is reserved as a rain date.