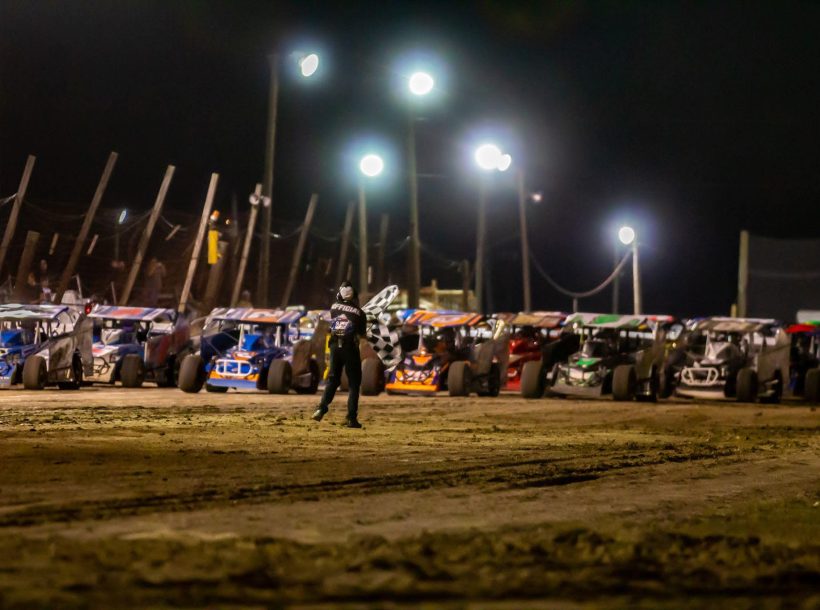 The STSS big-block/small-block Modifieds do battle in the Hurlock Auto & Speed Supply ‘Diamond State 50’ at the half-mile clay oval in pursuit of a $5,000-plus grand prize.

The race was originally scheduled for Tuesday, April 26, but was postponed one day due to rain moving through the area. It also marks the first STSS event in Delaware this season.

Despite being the fourth race on the Hurlock Auto & Speed Supply South Region schedule, tonight’s feature serves as Round No. 2. Rain at both Georgetown (Del.) Speedway and Selinsgrove (Pa.) Speedway has delayed the South Region kicking into full swing.

Sprakers, N.Y.’s Stewart Friesen has won the last two ‘Diamond State 50’s’ and three overall, the most in the seven-race history of the STSS-sanctioned event.

Friesen appears to have finally shaken off the bad luck that followed him to start the ‘22 campaign. The series’ all-time winningest driver is fresh off a $12,000 victory at his home track – Fonda (N.Y.) Speedway – this past Saturday in the Montgomery County Open remembering Jack Johnson.

Savannah, N.Y.’s Matt Sheppard joins Friesen as the only multi-time ‘Diamond State 50’ winner under STSS sanctioning. Sheppard won the event in 2018 and 2019, and finished runner-up to Friesen in each of the last two events.

Potsdam, N.Y.’s Michael Maresca has gotten off to a hot start with the STSS in 2022. Maresca claimed his first series win during the ‘Sunshine Swing’ at All-Tech Raceway in Lake City, Fla., and earned a podium finish at Port Royal. Maresca had a strong car in the ‘21 ‘Diamond State 50’ before mechanical issues ended his night.

Millsboro, Del., native Ryan Riddle has always been a faithful racer on Delmarva and was rewarded in the season opener this season at Delaware International with his first career Modified victory. The First State driver looks to maintain his momentum with the stars of the STSS invading.

Pipersville, Pa.’s Danny Bouc consistently brings speed in the Craig and Leslie Pondish No. 6 car. Bouc and the team will look for a little luck on their side to pair with that speed in search of his first career STSS victory.

Brad Trice has teamed up with Jeff Brown and J.W. Brown Logging No. 9 machine for the ‘22 racing season. The combination has gotten off to a solid start and the Parsonsburg, Md., native hopes to defend his home turf.

The Crate 602 Sportsman of the Belmont’s Garage South Region finally kick off their 2022 campaign. The 25-lap feature pays $1,500 to win to open the South Region after the first two attempts were canceled due to rain.