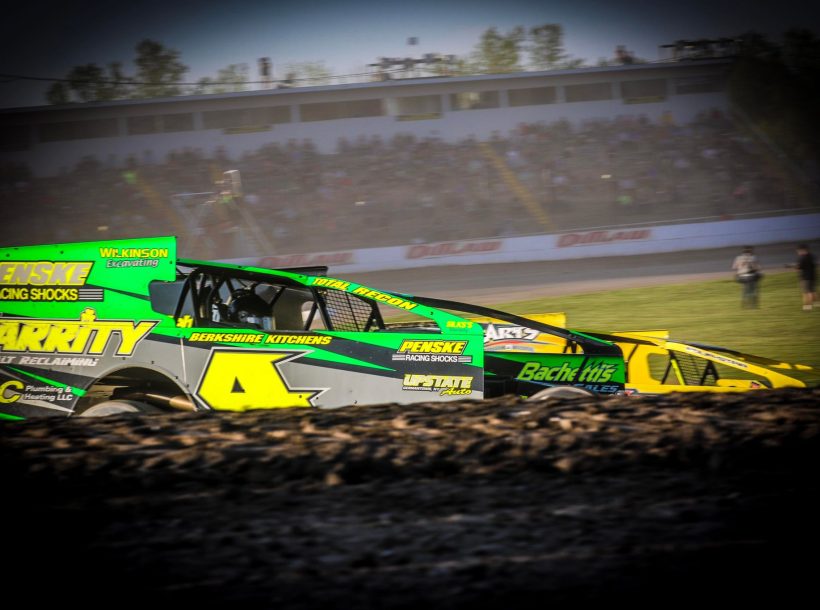 The Bob Hilbert Sportswear Short Track Super Series (STSS) Fueled By Sunoco invades Dundee, N.Y., this Tuesday (May 17) for the fifth running of the ‘Outlaw Showdown.’

Outlaw Speedway hosts Round No. 3 of the River Valley Builders North Region for the STSS big-block/small-block Modifieds. The 50-lap affair will reward the winner with a $5,000-plus payday – part of a purse totaling more than $26,000.

Savannah, N.Y.’s Matt Sheppard – who is currently fourth in North Region points – won the inaugural ‘Outlaw Showdown’ in 2016. At the time, the win was just the second of Sheppard’s STSS career.

After a one-year hiatus in ‘17, Sprakers, N.Y.’s Stewart Friesen won back-to-back events in the ‘18 and ‘19, the latter of which was shortened due to rain during the feature. There was no event in ‘20 due to New York State COVID-19 restrictions.

The ‘21 ‘Outlaw Showdown’ saw a home-track favorite upset the outsiders, as Waterloo, N.Y.’s Steve Paine got his first and only career STSS win. ‘The Hurricane’ outlasted Mike Mahaney and Anthony Perrego, leading all 50 laps for the crowd-pleasing victory.

The Precision Hydraulic & Oil North Region continues for the STSS Crate 602 Sportsman, attending Outlaw Speedway for the first time. In previous editions of the ‘Outlaw Showdown,’ Crate 602 Sportsman have been on the card but not sanctioned by the STSS.

In addition to the two STSS divisions, the 360 Sprint Cars complete the program with a 30-lap, $3,000-to-win feature event.

A complete General Information Sheet is available on the Series website: https://shorttracksuperseries.com/event-info/.

Outlaw Speedway is located at 82 Main Street Dundee, NY 14837 and can be reached by phone at 607.678.4044. The speedway website is www.outlawspeedwayllc.com.