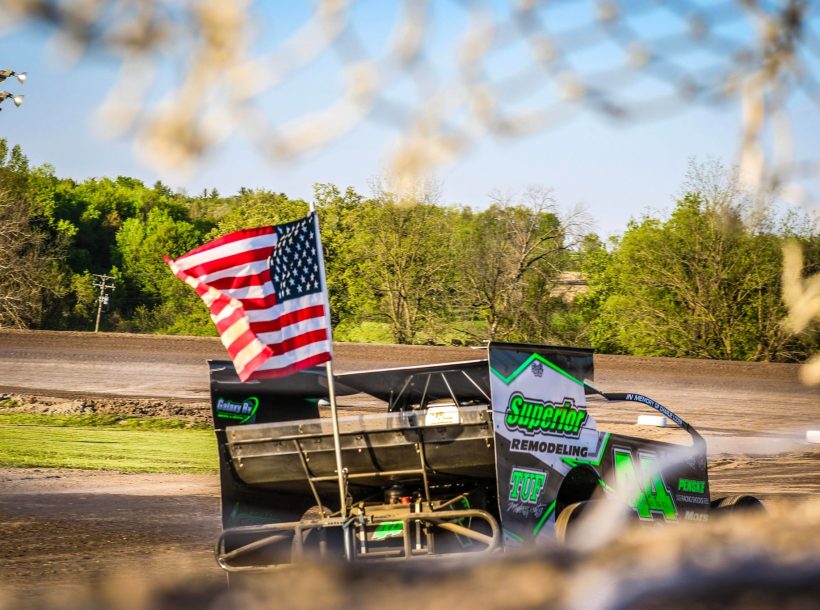 The Finger Lakes four-tenths-mile oval hosts Round No. 3 of the River Valley Builders North Region for the STSS big-block/small-block Modifieds in the 50-lap ‘Outlaw Showdown.’

A purse totaling more than $26,000 is on the line, with $5,000 allotted to the winner. Bonuses and contingency awards will be handed out to STSS Modified competitors as well.

St. Catherines, Ontario, Canada’s Mat Williamson enters Outlaw at the head of the North Region class. Back-to-back podium finishes – including a win last week at Accord (N.Y.) Speedway – have put ‘Money Mat’ in charge two-races in.

The 2021 ‘Outlaw Showdown’ proved to be one of the most exciting races of the STSS season, with the final 43 laps firing off without a caution, and the top-five running within car-lengths of each other when the Sunoco checkered flags flew.

Former Outlaw Speedway regular Matt Sheppard will look to call on his past dominance at the speedway following a 14th-place finish at Accord. The Savannah, N.Y., resident enters the event having won the North Region opener and the inaugural ‘Outlaw Showdown’ back in ‘16.

Waterloo, N.Y.’s Steve Paine was triumphant in the 2021 thrilling edition of the ‘Outlaw Showdown.’ The Hall of Fame driver will look to repeat and knock off the stars of the STSS at his home track for his second career STSS triumph.

Wurtsboro, N.Y.’s Danny Creeden has been as strong as anyone thus far in the ‘’22 STSS campaign. Creeden currently sits second in North Region points following back-to-back top-five finishes at Accord and Orange County Fair Speedway in Middletown, N.Y.

Jeff Daugherty enters the ‘Outlaw Showdown’ as the current point leader Outlaw Speedway. The West Elmira, N.Y., native has two Modified wins at his home track this season and will look for another stout performance against the outsiders.

Ransomville, N.Y.’s Erick Rudolph hopes to shake off the bad luck he has endured to open his ‘22 STSS campaign. Rudolph’s STSS history at Outlaw is strong, with runner-up finishes coming in ‘16 and ‘19.

Cottekill, N.Y.’s Danny Tyler is off to a quiet-but-impressive start to the North Region season. A fifth-place finish last week at Accord vaulted Tyler into sixth in the North Region standings, just 18 markers outside the top-five.

The 360 Sprint Cars – under Patriot Sprint Tour (PST) sanctioning – round out the program.

Outlaw Speedway is located at 82 Main Street Dundee, NY 14837 and can be reached by phone at 607.678.4044. The speedway website is www.outlawspeedwayllc.com.