From the Notebook: A Look Back at the Outlaw Speedway ‘Outlaw Showdown’ 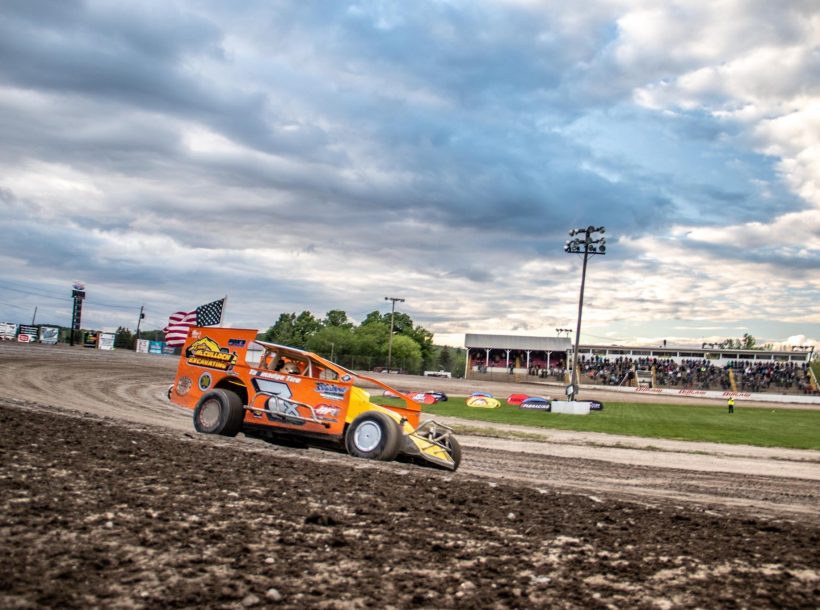 DUNDEE, NY – With Tuesday night’s ‘Outlaw Showdown’ in the rearview, an evening that featured Matt Sheppard’s second win on the Bob Hilbert Sportswear Short Track Super Series (STSS) Fueled by Sunoco tour this season, the River Valley Builders North Region will now move to round four of the 10-leg journey that culminates with a $15,000 championship.

*When including the STSS Sunshine Swing in February at All-Tech, Sheppard is the only driver to have won three times in STSS competition in 2022. His 24 career series wins are second all-time behind Stewart Friesen and more than a dozen greater than Ryan Godown (10), who ranks third.

*Tuesday marks Sheppard’s second STSS win at Outlaw, vaulting him into a tie with Friesen for most all-time. Sheppard’s previous victory came back on June 7, 2016.

*In the three races completed on the North Region tour, Sheppard has two wins with the other coming at Orange County Fair Speedway worth $25,000; the race at OCFS also served as the second race on the Halmar International STSS Elite Series.

*Sheppard’s earned the most money on the North Region thus far, pocketing $31,252.

*Friesen and Billy Decker joined Sheppard on the podium making up a titanic trio of legends of the sport. Friesen is off to another solid start to his season and has a win in STSS competition at Delaware International (April 27) on the Hurlock Auto & Speed Supply South Region.

*Decker is now full-time with his Jeremy Smith Racing team and has experienced some growing pains to open 2022, when compared to traditional Decker standards. On Tuesday, though, he led the first 17 laps of the race and never finished a circuit outside of the top four before crossing the line with a very respectable third-place finish.

*Danny Creeden scraped and clawed all night, eventually snatching a qualifying spot through the consolation before earning hard-charger honors, racing from 21st to sixth in the 50-lap feature. Sixth is now the worst finish of the three-race North Region so far for Creeden, who finished as the runner-up at Accord Speedway (May 10) and fourth at OCFS (April 2).

*Creeden now leads the point standings through three races, two points ahead of Sheppard. Mat Williamson (14 points) and Andy Bachetti (18 points) are the only other competitors within 65 points.

*Behind the podium of Sheppard, Friesen and Decker, Brett Haas and Alex Payne scored their first top-five finishes of their career, crossing the line in fourth and fifth, respectively.

*Haas, who recently joined the STSS as a regular in 2021, earned a career-best fourth-place finish on Tuesday at Outlaw, advancing from his eighth starting spot. He jumped seven positions in the North Region point standings into eighth.

*Alex Payne made his STSS debut on Tuesday night and bounced around the top seven for the entirety of the event before settling into fifth after 50 laps. Payne has less than 20 career Modified starts under his belt and earned $1,400 for the accomplishment. Payne then jumped into his 602 Crate Sportsman and drove from the rear of the field to third in the Precision Hydraulic & Oil North Region 25-lap race.

*Mat Williamson picked unlucky 12 in the redraw, but looked sporty in the feature event, reaching as high as second before settling into third in the final five laps. Williamson suffered a right rear flat with four laps to go, was forced pitside and returned for a 15th-place finish.

*Lightning Larry Wight started on the pole and was inside the top five as the race neared its halfway point when he suffered a flat tire. In the 30 remaining laps, Wight rebounded to salvage an eighth-place finish.

*’The Doctor’ Danny Johnson was frisky all night and rose as high as fifth with under 15 to go, however, with under five laps remaining and in the seventh spot, Johnson also headed into the work area and was credited with 16th.

*Behind Creeden and Sheppard, Williamson managed to stay within the top three after his solid night went sour. He’s earned $14,936 through the three races and sits just 14 points behind Creeden.

*Bachetti finished seventh from 22nd, his third top-10 in as many races on the North tour, enough to reside in fourth in the standings, only 18 back from the lead.

*Danny Tyler jumped into the top five after yet another top 10 on the tour. Tyler was as high as third on Tuesday at Outlaw and managed a 10th-place result. Paired with his 18th at OCFS and his fifth at Accord, Tyler is off to an impressive start with seven races remaining.