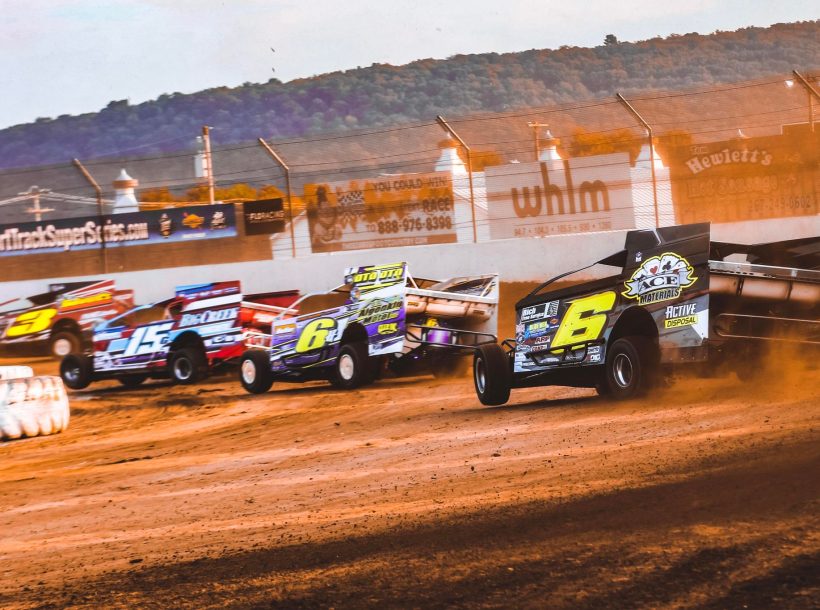 This year’s ‘Battle’ serves as the annual North vs. South combination event, carrying points for both the River Valley Builders North Region and the Hurlock Auto & Speed Supply South Region for the STSS big-block/small-block Modifieds.

Last year’s inaugural ‘Battle at Bloomsburg’ lasted only 29 laps, as thunderstorms moved in just as the race reached the halfway mark of its scheduled 50 laps, making it an official STSS Race.

The 2021 ‘Battle at Bloomsburg’ was not a combination event, falling in the River Valley Builders North Region schedule only.

This year, the event serves as Round No. 4 for both the River Valley Builders North Region and the Hurlock Auto & Speed Supply South Region in their respective $15,000 championship efforts.

St. Catherines, Ontario, Canada’s Mat Williamson ranks third in the North Region standings after his win at Accord (N.Y.) Speedway, just 14 points behind Creeden. Just four markers behind Williamson sits Sheffield, Mass., native Andy Bachetti, who has relied on consistency three races in to hang with the top-three. Cottekill, N.Y.’s Danny Tyler rounds out the top five, 68 points out of first.

The Crate 602 Sportsman of the Precision Hydraulic & Oil North Region will join the program going for 25-laps and a $1,500 winners’ share. Cream Ridge, N.J.’s Steve Davis leads the North Region standings heading into Round No. 3.

A complete General Information center will be available for the ‘Battle at Bloomsburg’ in the coming days.