From the Notebook: A Look Back at the New Egypt Speedway ‘Dirty Jersey 8’ 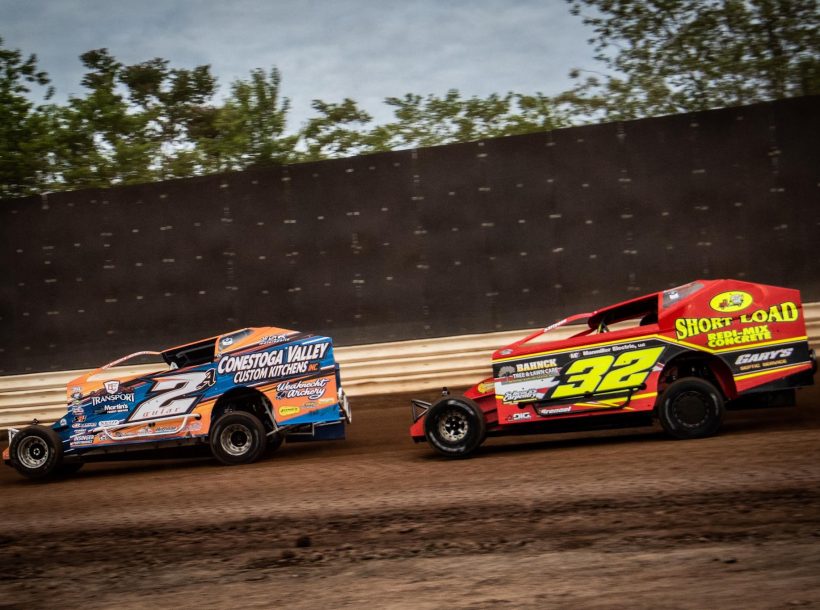 *Sheppard’s win in his third in the last five STSS races and now his fourth overall, the most on the circuit in 2022.

*With his most recent victory, Sheppard became just the second driver in STSS history to reach 25 career wins, trailing only Stewart Friesen’s 34.

*New Egypt has been a bit of a level playing ground as now five different drivers have won in the five trips to the Garden State facility. Sheppard joins Anthony Perrego (2021), David Van Horn Jr. (2019), Billy Pauch Jr. (2016) and Danny Creeden (2015) with wins at New Egypt.

*With the win, Sheppard inches closer to the top of the South Region point standings, moving into second and just five points out of leader Ryan Godown. On the South Region thus far, Sheppard has earned $8,650 and has top fives in all three races.

*In recent seasons, drivers hailing from Pa., Del. and N.J. have raised their collective level after more time racing against some of the traveling stars of the STSS. For the first time this season, and the only time since the ‘Mid-Atlantic Championship’ at Georgetown Speedway last October, four drivers from the Pa./Del./N.J. states filled up the top-five positions.

*In total, 22 drivers from the southern region qualified for the 27-car feature event.

*The New Egypt Speedway regulars flexed their muscle with 11 Saturday night competitors advancing of the 37 cars that rolled into the pit area.

*NES point leader Brandon Grosso, who has won five of the six features (and finished second in the other) contested at the N.J. speedway in 2022, didn’t experience the night he envisioned. After finishing second in his heat and drawing No. 12 for the feature, Grosso was caught in a few tangles throughout the race and settled for a 15th-place finish.

*Stangle led the opening 14 laps of the 50-lap ‘Dirty Jersey 8’ feature before settling into a runner-up finish. Late in the event as Sheppard sifted through lapped traffic, Stangle closed but wasn’t able to muster a challenge on the No. 9s.

*Stangle’s finish is a career best under the STSS banner and his second time on the podium; at last October’s ‘Speed Showcase 200,’ Stangle scored a highly impressive third-place result at the Port Royal Speedway.

*In the last year, Ryan Godown has reached new heights across all competitions, but especially on the STSS tour. To finish his 2021 season, Godown landed on the podium in each of his six final starts, including all five races on the STSS Cajun Swing.

*The Ringoes, N.J. driver picked up right where he left off, scoring a massive $25,000 payday at the ‘Rebel 50,’ the historic first race of the STSS Elite Series to kick off his 2022 campaign. Less than a month later, he ripped the lip on the last lap to steal the initial race of the STSS South Region at Port Royal Speedway’s ‘Spring Speed Showcase.’

*In five STSS starts this year, Godown has racked up five top-five finishes and two victories. He now leads the South Region points after his third at New Egypt, by five tallies over Sheppard. He also leads Max McLaughlin by nine points in the Elite Series. In total, both championships would be worth over $40,000.

*Tuesday night started well for Pipersville, Pa. driver Danny Bouc… until it didn’t. Bouc started outside pole of the first heat race, but after two laps, the car shut off and brought out the yellow. Turns out the issue wasn’t terminal and Bouc restarted from 10th before rallying to finish sixth, just one spot out of qualifying.

*Bouc won the consolation race from the pole, earning the 21st starting spot in the main event. By lap 16, Bouc was in the top 10 and continued rattling off position by position. On the final lap, Bouc passed Strunk for fourth, capping off an impressive bounce back night and earning hard-charger honors in the process.

*As mentioned, Godown now leads the STSS Hurlock Auto & Speed Supply South Region standings by just five points over Sheppard. Michael Maresca, who entered the night as the leader, dropped to third and sits 31 points from Godown after placing 14th at New Egypt.

*Stewart Friesen finished sixth on Tuesday, but improved four spots in the standings into a tie for fourth with Mike Mahaney, who finished seventh. The duo is 54 points from Godown.

In two weeks, the STSS resumes with a North/South combination event for the ‘Battle at Bloomsburg,’ a $7,000-to-win and $700-to-start event at Pa.’s Bloomsburg Fair Raceway.