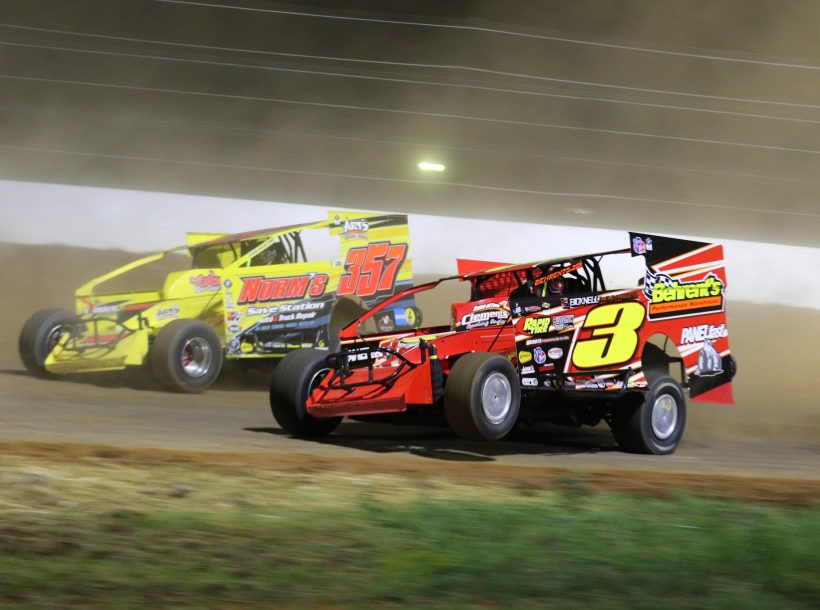 The famed fairgrounds host the combination event for the first time, as tonight’s main event pays points for both the River Valley Builders North Region and the Hurlock Auto & Speed Supply South Region.

Tonight’s race also features an increased purse, as the winner takes home a $7,000 top prize, and $700 to start. The purse totals more than $32,000 for the STSS big-block/small-block Modifieds.

The ‘Battle at Bloomsburg’ serves as Round No. 4 for both regions as the stars of the STSS continue their pursuit of the $15,000 championships for both the North and South Region.

Matt Sheppard has kicked off his 2022 season in dominant fashion. The 2019 champion of both the North and South Region is in play to accomplish that feat again. Sheppard has already clicked off four STSS wins in the new year, including the most recent two at New Egypt (N.J.) Speedway and Outlaw Speedway in Dundee, N.Y.

Jeff Strunk’s historic win last season made him the first, and still the only, Modified winner at Bloomsburg Fair Raceway. Strunk has made his living excelling at short tracks, including his only other STSS win which came at the old three-eighths-mile inner oval at Bridgeport (N.J.) Motorsports Park.

Ryan Godown is a prior winner of the combination event, claiming the ‘Anthracite Assault’ at Big Diamond Speedway in Pottsville, Pa. back in 2017. Godown will look to get back to STSS Victory Lane, with Sheppard closing in on his South Region point lead.

Neshanic Station, N.J.’s Matt Stangle heads to Bloomsburg coming off his best career STSS finish in the ‘Dirty Jersey’ at New Egypt. Stangle crossed the line second after leading the opening 14 laps. Stangle will look to continue that momentum against one of the best STSS fields of the season.

Belle Mead, N.J.’s Brandon Grosso was disappointed after a 15th-place finish at his home track of New Egypt Speedway. The five-time winner at the D-shaped facility will look to find his footing at a track similar to the one he has dominated on Saturday nights in 2022.

King Ferry, N.Y.’s Mike Mahaney has regained his form from his ‘21 South Region championship in recent weeks. Fresh off a seventh-place run, Mahaney returns to Bloomsburg where he was a podium finisher in the 29-lap affair one year ago.

Round No. 3 of the Precision Hydraulic & Oil North Region for the Crate 602 Sportsman joins the STSS Modifieds. The Sportsman race for 25-laps and a $1,500 winners’ share.

Grandstand admission is $28 for Adults and $20 for Seniors and Students. Kids 12 & under are admitted FREE.