From the Notebook: A Look Back at the STSS ‘Battle at Bloomsburg’ Combo Event 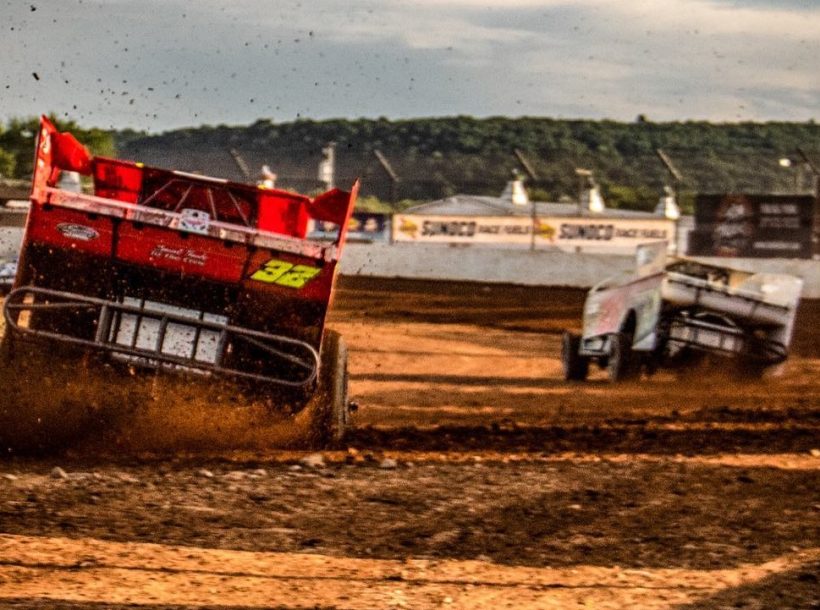 BLOOMSBURG, PA – After missing out on the ‘Dirty Jersey 8,’ Anthony Perrego returned to the Bob Hilbert Sportswear Short Track Super Series (STSS) Fueled By Sunoco to capture the second annual ‘Battle at Bloomsburg,’ which served as a combination race for the River Valley Builders North and Hurlock Auto & Speed Supply South Regions on Wednesday night.

The Return of ‘Ant-Man’
*Perrego’s win is the ninth of his career and moves him one closer to Ryan Godown (10) for third all-time.

*His triumph is his first at the Bloomsburg Fair Raceway and joins Jeff Strunk as the only two drivers with wins at the new facility.

*Despite missing a race on both the North and South tours, Perrego has jumped back into contention in the point standings after cruising to Victory Lane in Bloomsburg, advancing to sixth and fifth in the title hunts, respectively.

The Model of Consistency: Ryan Godown
*One could argue that nobody has been better on the STSS in 2022 than Ryan Godown, and he continued his top-five streak with a runner-up finish at Bloomsburg.

*Godown still leads the standings in both the Elite and South Series and slightly expanded his lead in the South over Matt Sheppard to 15 points after five races of the nine-race tour; the STSS South next heads into Godown’s home track of Bridgeport (N.J.) Motorsports Park on Tuesday, July 26.

‘Small-Block Bouc’
*Danny Bouc earned an extra $250 from BDR Speed as the top-finishing Spec Small-Block after he crossed the line in third, securing a spot on the podium.

*Bouc led for large portions of the race but settled for third after a few cautions in a row set up the restarts in which Perrego and Godown made passes.

*The third-place finish is Bouc’s seventh career top-five result competing on the STSS.

Sheppard’s Recovery
*What started as an awful night for Matt Sheppard finished with the three-time STSS champion scoring a fourth-place finish.

*Sheppard started 20th and was forced to the pits with a flat tire before rebounding for fourth.

*After Godown finished second, Sheppard stayed within 15 points of him in the South Region standings while expanding his lead to 27 tallies over Danny Creeden in the North.

Friendly Foes
*After the top four, Mike Gular and Jeff Strunk – two guys that know one another well and have spent hundreds of laps racing each other – finished fifth and sixth, respectively.

*Gular ran the second half of the race with a flat LF tire but still managed to record his second top-five on the series of the season. With that finish, Gular advanced three positions in the South Region point standings to third, 72 points out of Godown.

*Behind them, Alex Yankowski (seventh), Frank Cozze (eighth) and Billy Osmun III (ninth) – three drivers with roots south of the N.Y. border – scored top-10 finishes. Osmun III qualified for the 28-car field through the consolation and proceeded to advance from 22nd to ninth for his second career top-10 finish under the STSS banner.

Bloomsburg Bummers
*A trio of drivers – Billy Pauch Jr., Matt Stangle and Mat Williamson – were enjoying terrific nights and in line for quality finishes before disaster struck all three of them.

*Stangle, who has been quietly knocking on the door for his first STSS win after a podium at last year’s Speed Showcase 200 at Port Royal and a runner-up finish at the ‘Dirty Jersey 8’ at New Egypt, looked great again on Wednesday night. Stangle took the lead from Bouc and seemed to be the car to beat before his car refused to fire on a lap-20 restart.

*On the same restart that knocked Stangle out of the race, Williamson, who was following on the outside lane, pulled into the pits with ignition issues. Williamson managed to salvage a 10th-place finish to remain third in the North Region standings.

*Pauch Jr. had worked from his 12th-place starting spot to third by the midpoint of the race before needing a push back to the pit area on lap 27.