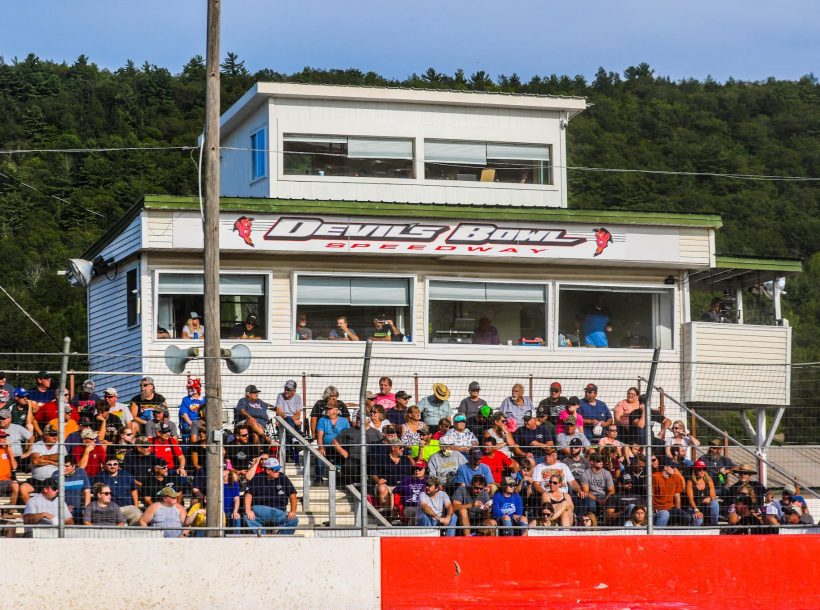 Devil’s Bowl Speedway becomes the 29th facility the STSS has visited since its inception in 2014. Vermont becomes the 10th different state for the STSS and the first new state since November 2020 when the tour visited Louisiana for the first time.

Tonight’s 50-lap main event pays a whopping $10,000 to the first STSS big-block/small-block Modified winner in the Green Mountain State. $1,000 is reserved for the 10th-place finisher and $500-to-start the main event. In total, a purse of more than $33,000 is up for grabs in the inaugural event.

The ‘Slate Valley 50’ takes the role of the Round No. 5 of the River Valley Builders North Region – the halfway point of the $15,000 championship chase for the North Region stars.

Devil’s Bowl Speedway does not host big-block/small-block Modified racing weekly, making it a neutral ground sight for the ‘Slate Valley 50.’

Matt Sheppard continues to excel on as the defending North Region champion. Sheppard’s North Region efforts include two wins, the fourth-place finish at Bloomsburg, and a 14th-place run at Accord (N.Y.) Speedway. In total, Sheppard holds four STSS wins in 2022 to his name so far.

Queensbury, N.Y.’s Demetrios Drellos makes a rare STSS appearance at his former home track. Drellos, a past Devil’s Bowl champion, will look to return to his former home and capture the $10,000 payday.

Sprakers, N.Y.’s Stewart Friesen’s Camping World Truck Series obligations have picked up in 2022, taking time away from his Dirt Modified commitments. Friesen has just one STSS win to his credit in the 2022 season. The series’ all-time winningest driver will look add win No. 35 to his series leading total.

East Greenbush, N.Y.’s Bobby Hackel IV has been cutting his teeth on Friday nights at N.Y.’s Utica-Rome Speedway. Now Hackel heads to another half-mile speedway looking to call on his Friday night experience for his first-ever STSS podium finish.

Edwards, N.Y.’s Tim Fuller will be another driver making a race STSS appearance in pursuit of the $10,000 payday. Fuller makes his 2022 series debut at the half-mile speedway, looking to call on his experience to claim the inaugural ‘Slate Valley 50.’

Joining the STSS Modifieds will be the Devil’s Bowl Speedway Sportsman, Limited Sportsman, and Mini Stocks.

Pit admission is $45 (no license required); Vermont law prohibits those 9 and under from entering the pit area – proof of ID required for ages 10-17.