From the Notebook: A Look Back at the Fonda Speedway ‘Firecracker 50’ 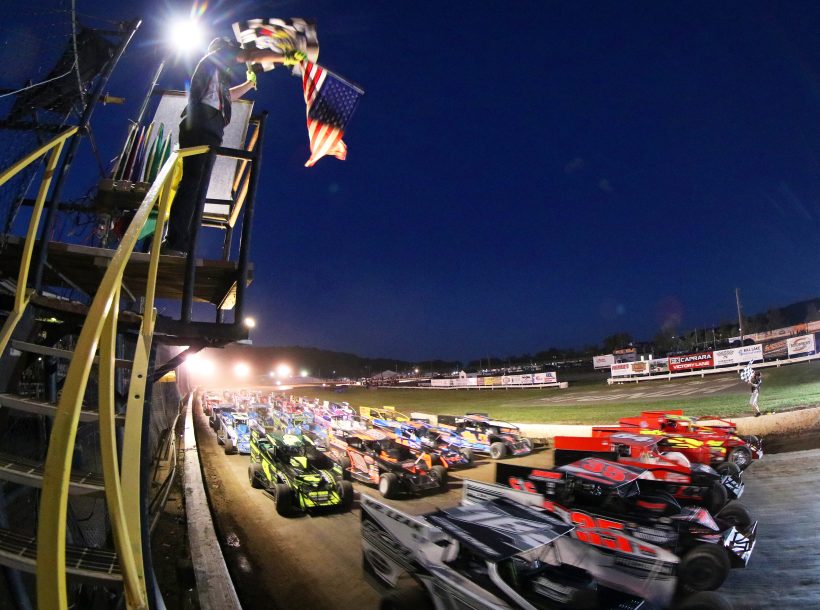 Friesen, who sits atop the all-time STSS win list for 35 career victories, moved from seventh to the lead in 13 laps, passing Mat Williamson – the night’s pole sitter and eventual third-place finisher – en route to the win.

*Sunday was Friesen’s fifth win at Fonda under STSS sanctioning and has now swept all five events contested at the ‘Track of Champions.’

*With the win, Friesen becomes the first driver in STSS history to have five wins at the same track.

*The victory is Friesen’s second in STSS competition in 2022.

*The driver of the Halmar International No. 44 moved from 10th to eighth in the River Valley Builders North Region standings despite only making four starts of the available six races.

*After drawing No. 10 for the 50-lap feature on Sunday, Matt Sheppard advanced to second for another podium finish under the STSS banner.

*Sheppard now leads the River Valley Builders North Region by 45 points over Williamson and has amassed three wins and five top-five finishes in six races while closing in on $50,000 in earnings.

*After some struggles at Fonda, Mat Williamson was plenty happy to park his Behrent’s Performance Warehouse No. 3 on the front stretch with a podium finish.

*Danny Creeden has been impressive thus far on the North Region tour, producing three top-five and four top-10 finishes in six races after a fourth-place run at Fonda on Sunday.

*Creeden is fifth on the earnings list with $12,392 in six North Region races on a lot of tracks that he doesn’t have too many laps on.

*Chris Curtis impressed many with a sixth-place finish, battling in and out of the top five for the duration of the 50-lap feature event.

*Curtis, a Fonda regular, earned $1,200 for his sixth-place efforts.

*Nick Heywood, a Modified rookie that calls Fonda and Utica-Rome home, advanced from 19th to ninth in his first STSS start, amongst a star-studded field.

*As is customary on the STSS tour, Heywood pocketed $1,050 for ninth.

*Anthony Perrego, Mike Mahaney and Bobby Hackel remain fifth through seventh, respectively, with Friesen, who has started only four of the six races, Brett Haas and Danny Tyler rounding out the top 10.

*The River Valley Builders North Region is just two weeks from returning to action with the ‘Richie Evans Remembered’ 61-lap, $6,100-to-win event at the Utica-Rome Speedway in Vernon, N.Y.

*We are now less than two months from the third-leg of the six-race STSS Halmar International Elite Series when the ‘New Yorker’ returns to Utica-Rome on Sunday, September 4.

Fonda Speedway is located at 21 Bridge St Fonda, N.Y. and can be reached by phone at 518.915.4395. The speedway website is www.thefondaspeedway.com/.